Czech President Milos Zeman has described Kosovo officials as "narco-mafiosi who finance themselves from war crimes." 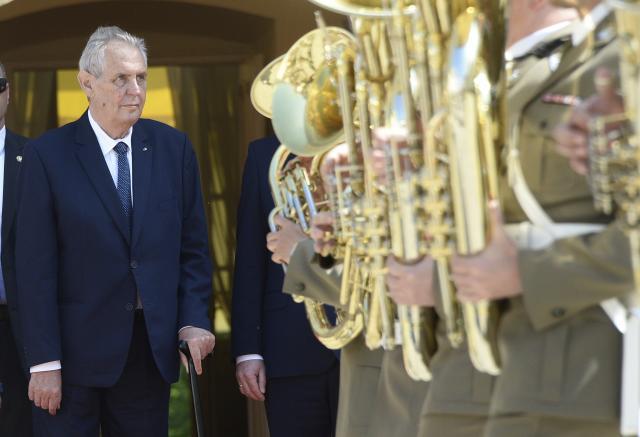 Zeman said this while he was visiting a town in the east of the country, and after receiving a gift from a Serb supporter there.

The man, who lives in Jakartovice, gave the president a bottle of liquor in gratitude for his consistent refusal to meet with Kosovo officials and appoint a Czech ambassador in Pristina.

Beta reported this on Tuesday, citing the website ParlamentniListy.cz, which the agency said is pro-Russian.

"Let's have it. This would be something like brandy," said Zeman - "pleased with the gift as a well-known lover of alcoholic beverages" - and added: "I always spoke about those representatives (of Kosovo) as representatives of a narco-mafia that is financed from war crimes. I think that suffices."

The report added that "although Zeman's frequent visits various regions of the Czech Republic are usually accompanied by small protests where Czechs hold red cards, protesting because they are ashamed of their president, convinced that he is dragging them away from Western allies and into Russia's arms, for the first time, there were no demonstrators in Jandrokovice (sic) at all."

Instead, his supporters "asked Zeman how he intends to deal with journalists, primarily from the Czech public TV service CT, which, as one Czech said, were involved in public mudslinging."

"You know, I think it's best not to argue with them, though, sometimes I have the impression that a couple of slaps would be in place," Zeman said, according to the Czech website Seznam.cz.