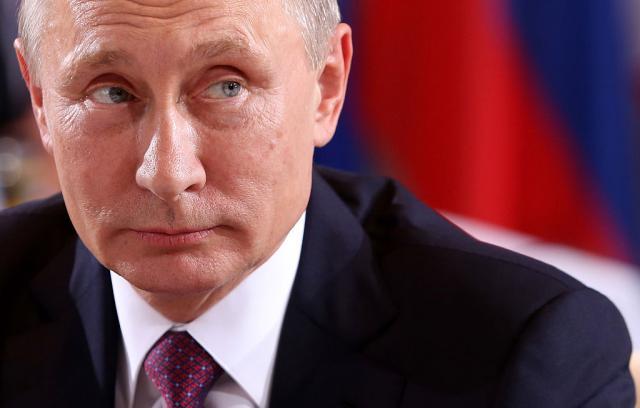 According to the statement, Putin and Vucic "discussed matters related to the Kosovo settlement in the context of the provocative action against Director of the Serbian Government’s Office for Kosovo and Metohija Marko Djuric, taken by the Pristina authorities in Kosovska Mitrovica on March 26."

The Russian side "expressed strong condemnation of the actions that violate UN Security Council Resolution 1244," stressing that any Kosovo settlement must be implemented exclusively in line witt this resolution."

Vucic expressed his sincere condolences over the tragedy in Kemerovo. The Serbian president also conveyed his personal message congratulating Putin on winning the presidential election, the statement said.

Speaking for the media after the phone call on Wednesday afternoon, Vucic said that he felt he received "the highest degree of support" from Putin, while the Serbian presidency issued a statement, saying that Vucic "sought advice" from the Russian president, who in turn pledged his country's support to Serbia.

In its report about the conversation, AP said Vucic asked Putin for advice "on how to counter Kosovo's 'violence and aggression' against Serbs." The US agency assessed that this represents "a development that could complicate Western attempts to find a peaceful solution to the crisis in the Balkans."