Kosovo is without a doubt a part of Serbia, says Austrian Vice-Chancellor Heinz-Christian Strache. 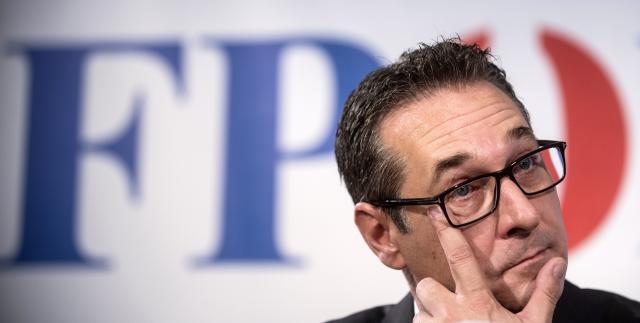 In an interview for Belgrade-based daily Politika ahead of his visit to Serbia, Strache said it would be desirable if northern Kosovo had the right to "self-determination or autonomy" - and that it would be wrong to pressure Belgrade to recognize Kosovo.

"I think that recognition of Kosovo is a matter for Serbia alone. To pressure on the country because of that would be wrong," he said.

Strache also recalled that his FPO party strongly criticized Austria's recognition of Kosovo, but that this was now "a fact that can no longer be changed."

According to him, "the right to self-determination of northern Kosovo or autonomy of the north" would be "desirable."

"But that, unfortunately, requires long and complicated negotiations," the vice-chancellor said, adding that Pristina "seems to be inconsiderate on this issue."

He also said he hoped "compromise was possible within the Brussels dialogue."

Strache assessed that Serbia was "on the right path on its way to the European Union."

"We want to promote reconciliation, democracy, prosperity and stability in the Western Balkans, and the best means for this is the EU accession process. It is in our interest that Serbia has concrete and credible prospects in terms of joining the EU," he said.

Strache's statements have been criticized by Austria's opposition, who accused him of "undermining peace in the Western Balkans," media reports said on Monday.

The Austrian vice-chancellor arrived in Belgrade and was on Monday morning received by Serbian President Aleksandar Vucic - ahead of his trip to Croatia - Strache will also meet with First Deputy PM and Foreign Minister Ivica Dacic.