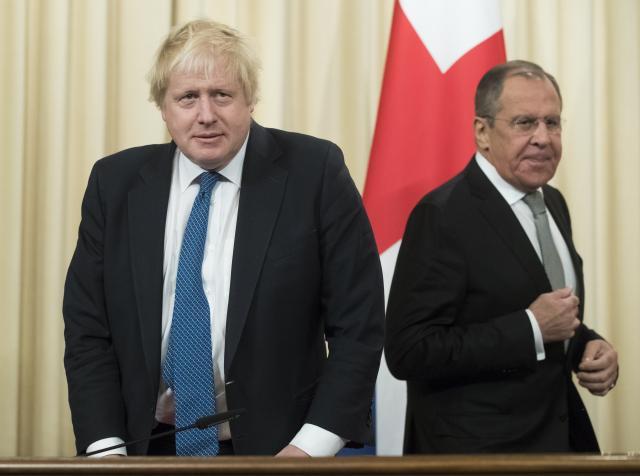 The Guardian is reporting that during his meeting with Russian Foreign Minister Sergei Lavrov, Johnson said Britain had issues with Russia’s actions "in Ukraine, the Western Balkans, and cyberspace."

Sputnik said that Johnson "stressed it was important to discuss these topics so that both sides accept they are the stumbling block in bilateral relations."

During a joint news conference, Johnson described himself as "a committed Russophile" despite the two countries "going through a rough patch." Lavrov said he "trusted" his British counterpart and saw no hostility in his stance, describing the talks today as "friendly."