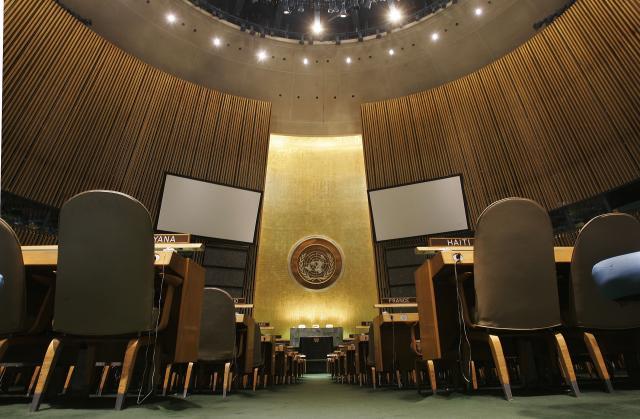 35 countries abstained from voting on Thursday in New York.

Those who voted against the resolution included the United States, Israel, Guatemala, Honduras, the Marshall Islands, Micronesia, Nauru, Palau, and Togo.

Canada, Mexico, the Philippines, Poland, Romania, Croatia, and Bosnia-Herzegovina were among those who abstained.

Four permanent members of the United Nations Security Council - Russia, China, France, and Britain voted in favor of declaring the Trump administration's Jerusalem decision null and void - as did, according to CNN, "key American allies from the Muslim world."

Serbia, Slovenia, Macedonia, Montenegro, Albania, Greece, and Bulgaria were also among the 128 countries that voted in favor of the draft.

21 states did not participate in the vote.

Ahead of the vote, US ambassador to the United Nations Nikki Haley threatened that her country would "remember this day in which it was singled out for attack in this assembly," pointing out that the vote in the UN would not change the US decision on Jerusalem.

"We will remember it when we are called upon to once again make the world's largest contribution" to the UN and when other member nations ask Washington "to pay even more and to use our influence for their benefit," she said.

Previously, Haley threatened to be "taking names" of any country that voted in favor of the resolution.

Meanwhile in the Middle East, Palestinian President Mahmoud Abbas's spokesperson welcomed the vote as "a victory for Palestine," while Israel rejected the outcome.

The full UN vote - which the US & Israel lost 128-9, with 35 brave abstentions - is here: pic.twitter.com/ZtrztqTgyK