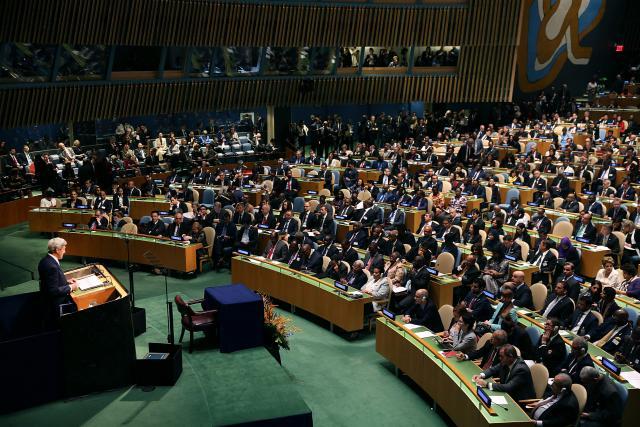 Serbia voted against the passing of the resolution, tabled by Kiev, Sputnik writes on Wednesday.

The resolution calls upon Russia to fulfill 12 recommendations in order to "urgently put an end to all human rights violations in Crimea."

70 countries voted in favor of, 26 were opposed, while 76 abstained. Among those who supported the resolution were most European countries and the United States. Russia, Serbia, China, India, Armenia, Belarus, Cuba, Iran, and others were opposed. Many Middle Eastern and North African, as well Latin American countries abstained.

Kiev believes that support for its position on Crimea shows that the issue of the peninsula has not been solved and that the international community has sent a clear signal to Moscow.

"We carefully monitor the actions of the occupier, and in connection with this the persecution and violations of the human rights of citizens in Crimea will surely carry with it responsibility. The state-aggressor should end with arbitrariness in the temporarily occupied territory and ensure respect of human rights... The next step should be de-occupation of the peninsula. Today, a base for that has been set up," the statement said.