The new Austrian government, consisting of the People's Party (OVP) and the Freedom Party (FPO), on Monday took the oath of office. 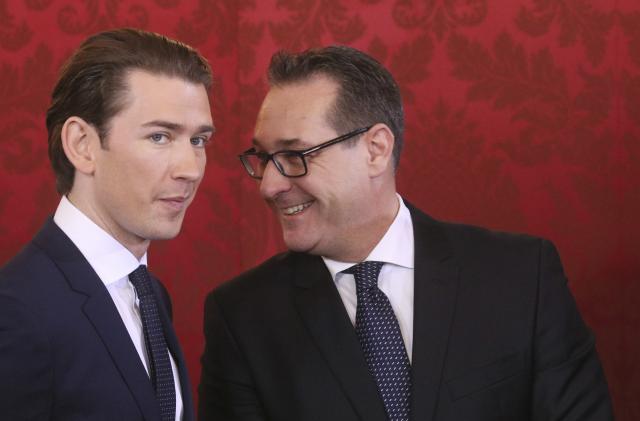 The cabinet is led by 31-year-old Sebastian Kurz, who is Austria's youngest head of government (chancellor).

The ceremony, that took place before Austrian President Alexander Van der Bellen, was accompanied by numerous protests in Vienna, one of which was held in front of his office.

According to Tanjug, negotiations on the new government provoked a huge storm in Austria over the past few months, given that the government would include the far-right Freedom Party, "known for its extreme positions."

According to reports late last week, the FPO has been given interior and foreign affairs and defense portfolios in the new cabinet. while FPO leader Heinz-Christian Strache is now the vice-chancellor.

Tanjug said on Monday that several thousands demonstrators shouted slogans against the FPO in the new government, warning that its participation meant "fascism was being restored" in Austria.