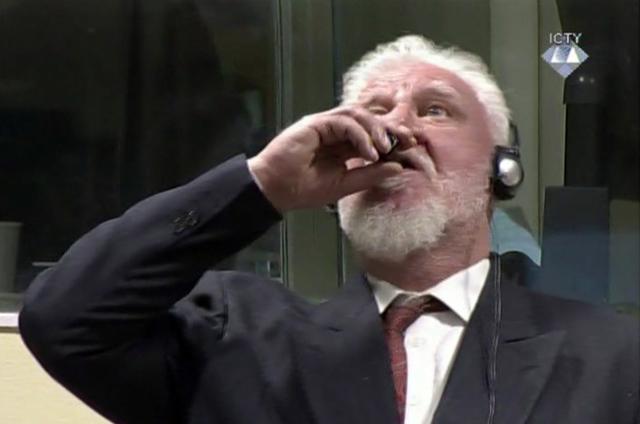 Praljak takes the substance in the Hague courtroom (Tanjug/AP)

This is what Dutch prosecutor Marilyn Fikenscher told the AP on Thursday.

Shortly after ingesting the substance, Praljak, who was convicted to 20 years in prison for crimes committed against Muslims in Bosnia, died in the hospital.

The prosecutor added that a post mortem and toxicology tests would be done soon, and that this was "the main priority."