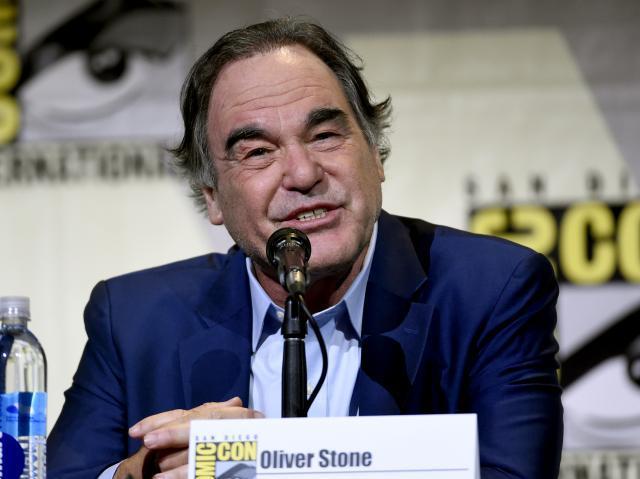 The report noted that Stone "defined the functioning of America's 'system of just wars' and received thunderous applause" during his address several months ago at the Writers Guild Awards.

Stone, who is currently in the limelight thanks to his four-part interview series with Russian President Vladimir Putin, reminded writers that they can be critical of their government and society, and that it was "fashionable now to take shots at Republicans and Trump, and avoid the Obamas and Clintons."

"But remember this: in the 13 wars we've started over the last 30 years and the 14 billion dollars we've spent, and the hundreds of thousands of lives that have perished from this Earth, remember that it wasn't one leader, but a system, both Republican and Democrat," he said.

"Call it what you will, the military, industrial, security, money, media complex. It's a system that has been perpetuated under the guise that these are just wars justifiable in the name of our flag we fly so proudly over our lives," Stone said, adding:

"Our country has become prosperous for many. But in the name of that wealth we cannot justify our system as a center for the world's values, while we continue to create such wars and chaos in the world."

"No need to go through the victims," he said, "but we know we've intervened in more than 100 countries, with invasions, regime change, economic chaos, or hybrid war - soft power - whatever you wanna call it, it's war of some kind," Stone told the audience.