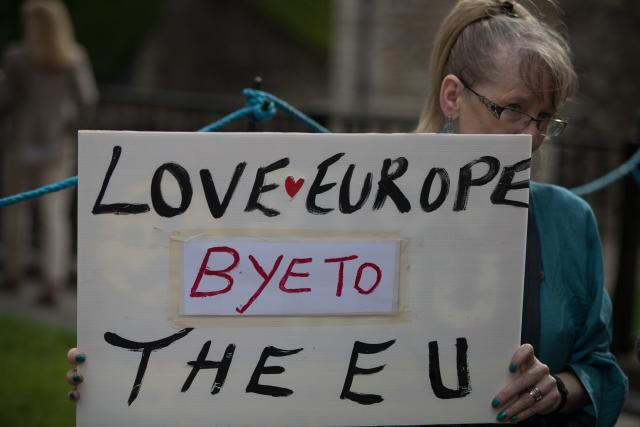 With this letter, the country will officially begin negotiations on leaving the bloc.

In a photograph published by her office on Tuesday, May is seen signing the letter that will activate Article 50 of the Treaty of Lisbon.

The letter will be handed to President of the European Council Donald Tusk.

Two-year negotiations on Britain's exit from the European Union will be launched with the activation of this article.

British citizens decided in a referendum last June that their country should leave the organization.

Germany's state broadcaster Deutsche Welle reports today that "the main issue" is now much Britons must pay for the divorce, and notes that "a bill of 60 billion euros that Brussels wants Britain to foot" is being mentioned.

Britain is currently paying EUR 350 million to Brussels every week, the report continued - and this "supposed waste of money was criticized by Brexit supporters on a daily basis" during the referendum campaign.

"This figure has held, although many EU supporters complained that it does not factor in the discount that Britons get, nor how much the country receives from the Brussels coffers," Deutsche Welle said.

It added that both the government in London and the upper house of its parliament have hired lawyers to check the legal status - and they came to the following conclusion: "As soon as Great Britain withdraws from the EU, it is no longer required to pay a single pound to the European Union."

The clash over money will likely become a topic no sooner than during the EU summit in late 2018 or early 2019, the article concluded.