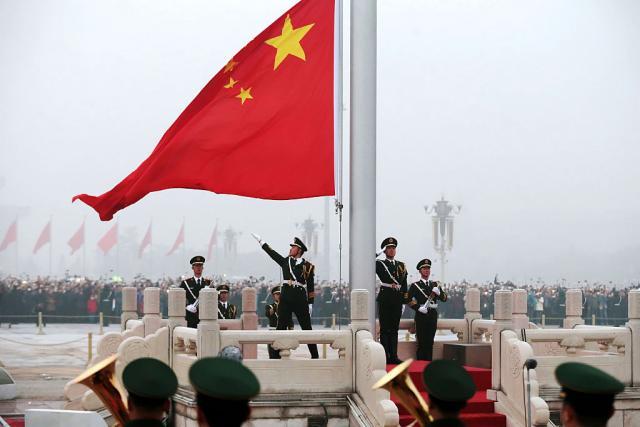 Instead it is "becoming a 'practical reality'," the British daily Independent has reported on its website, citing the South China Morning Post, which quoted the website of the People’s Liberation Army.

The remark "apparently came in response to the aggressive rhetoric towards China from America's new administration," said the Independent - and it came "from inside the Central Military Commission, which has overall authority of China’s armed forces."

“A war ‘within the president’s term’ or ‘war breaking out tonight’ are not just slogans, they are becoming a practical reality," stated the official from the Commission’s Defense Mobilization Department.

The official also said the call for a US rebalancing of its strategy in Asia, military deployments in the East and South China Seas and the instillation of a missile defense system in South Korea were hot spots getting closer to ignition, the South China Morning Post reported.

The Independent noted that US President Donald Trump and his administration have "consistently voiced a hard line against China" - including referring to the country as “currency manipulator," accusing it of "underhand trading and economic tactics," and "ignoring the US’s longstanding ‘One China’ policy, publicly engaging with the president of Taiwan in a move that was hugely antagonizing for Beijing."