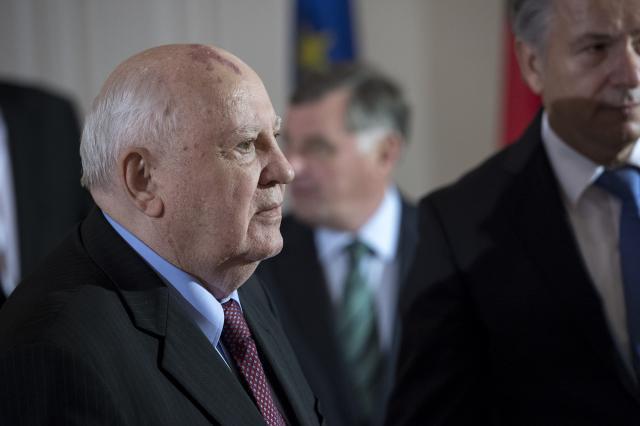 In an op-ed for Time magazine, he writes that "increasingly hostile rhetoric from politicians and military leaders fueled by the media indicate that the full-blown military conflict could be around the corner," while defense doctrines have become “more dangerous."

"Commentators and TV personalities are joining the bellicose chorus. It all looks as if the world is preparing for war," he said.

According to Gorbachev, the problem demands an urgent solution, as "NATO and Russian forces and weapons that used to be deployed at a distance are now placed closer to each other, as if to shoot point-blank."

"There is a view that the dialogue should focus on fighting terrorism. This is indeed an important, urgent task. But, as a core of a normal relationship and eventually partnership, it is not enough," Gorbachev argued.

"The focus should once again be on preventing war, phasing out the arms race, and reducing weapons arsenals. The goal should be to agree, not just on nuclear weapons levels and ceilings, but also on missile defense and strategic stability," he wrote.

He urged members of the UN Security Council "to take the first step - specifically, I propose that a Security Council meeting at the level of heads of state adopt a resolution stating that nuclear war is unacceptable and must never be fought."

"I think the initiative to adopt such a resolution should come from Donald Trump and Vladimir Putin — the presidents of two nations that hold over 90 percent of the world’s nuclear arsenals and therefore bear a special responsibility," Gorbachev concluded.