Lavrov: K. Albanian forces should not be in northern Kosovo

Russian Foreign Minister on Tuesday said that a new war in the Balkans must be avoided, and that Albanian forces should not be in northern Kosovo and Metohija. 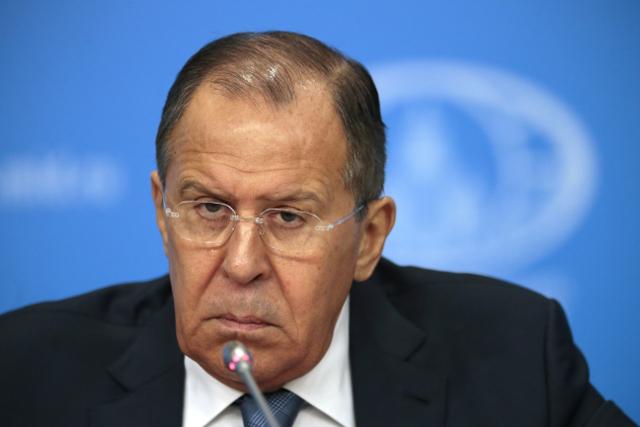 Lavrov is seen in Moscow on Tuesday (Tanjug/AP)

Speaking during his annual news conference in Moscow, Lavrov touched on the latest tensions between Belgrade and Pristina.

"The forces of Kosovo Albanians should not be present in the north of Kosovo and Metohija, which is inhabited by Serbs," said Lavrov.

He also commented on the talk of "a war in the Balkans."

"I hope everyone understands that a new armed conflict in the Balkans must not be allowed to happen," Lavrov stressed.

Sergei Lavrov also said on Tuesday that tensions have been ramping up drastically in the Balkans, and stressed he is in contact with Belgrade.

He reiterated that an armed conflict must not be allowed.

"Concerning the situation regarding the Belgrade-Pristina (sic) train, Serbian Foreign Minister Ivica Dacic called me right after these events and we analyzed what actually took place," Lavrov said, according to Sputnik.

"The EU must calm this situation and act in such a way that the agreements reached between Belgrade and Pristina with the mediation of Brussels are fulfilled," he said.

These agreements, Lavrov continued, speak about the freedom of movement, and that the Kosovo Albanian police should not be present in the north.

According to the Russian minister, tensions are also caused by the policy of those who are imposing the so-called European values, "in a new, modern, post-Christian package," on all nations in the Balkans.