U.S. President-elect Donald Trump says his country's will under his leadership "stop looking to topple regimes and overthrow governments." 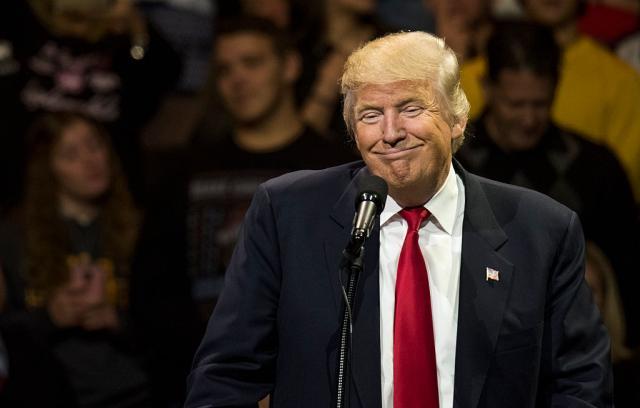 Instead, the U.S. will "work with other countries that are fighting against terrorism."

This was Trump's message from his "thank you tour" rally in Cincinnati.

"We will destroy ISIS. At the same time, we will pursue a new foreign policy that finally learns from the mistakes of the past. We will stop looking to topple regimes and overthrow governments, folks. Our goal is stability, not chaos because we wanna rebuild our country. It's time," the Washington Examiner website quoted Trump as saying.

Previously, in Indiana, the U.S. President-elect reiterated that he plans to build a wall along the U.S.-Mexico border. He also said that this wall "will have a door" through which legal immigrants will be able to enter.

On Thursday in Cincinnati, Trump confirmed that he would nominate retired U.S. Gen. James Mattis as his secretary of defense.

"We are going to announce Maddog Mattis on Monday, but we are not announcing it until Monday, so don't tell anyone," Trump told the rally, TASS has reported.