The surge in right-wing and anti-establishment sentiments due to of failed neo-liberal policies in Europe is likely to lead to EU's collapse, says Noam Chomsky. 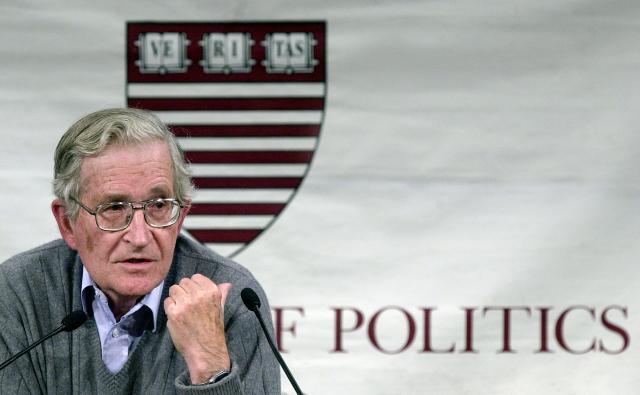 “If the union falls apart, I think it would be a tragic development,” Chomsky said, and blamed the failed neo-liberal policies of the past generation for influencing "such a significant rise in popularity of the right-wing parties."

“These programs were designed in such a way so that they would lead to stagnation and even decline for a large part, actually, majority of the population. They also severely undermined democracy, which is even more true in Europe than in the U.S. The result of these processes is that people are angry, disillusioned, their hopes for the future have collapsed,” Chomsky said.

He considers the European integration to be "one of the great achievements of the post-WW2 period,” but thinks it is now "practically dysfunctional."

“The establishment of a single currency without the proper political structure is a recipe for disaster. There are no mechanisms for the rich sectors to assist the poor sectors in times of difficulty in the EU. There’s a rigid structure in the European countries such as Greece or Italy that do not have control over their currencies," RT quoted him as saying, and adding that there is “no compensatory system that exists in the federal structure like in the United States."

“In Europe, whoever is elected, no matter where they are in the political spectrum, the policies are going to be the same, because they are not determined by the policies in their countries. The polices all go back to unelected bureaucracies and there’s no way for a EU country to act in its own interest," he said.

According to Chomsky, "the agenda of such groups as Greek Finance Minister Yanis Varoufakis’s DiEM25 which seeks to preserve the EU by overcoming problems within it, is a 'more constructive approach'."