If Turkey reintroduced death penalty that would mean an end to its negotiations to join the EU, the German government said on Monday. 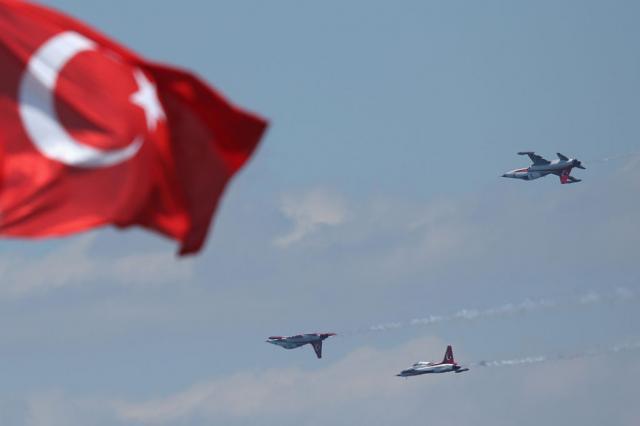 "Germany and EU countries have a clear stance, we are against death penalty. A country with capital punishment cannot be an EU member. If Turkey reintroduces death penalty, this would mean an end to EU accession talks," government spokesman Stephen Zeibert has said, TASS reported.

Turkish President Recep Tayyip Erdogan has mentioned the possibility of reintroducing death penalty - that was officially abolished in 2004 as part of Turkey's EU membership talks - in the wake of Friday's attempted military coup.

TASS is reporting this quoting Anadolu agency on Monday.

These patrol flights are aimed at ensuring "security and airspace control," the Turkish agency said.

In addition, the government late last night called on the population to remain mobilized while mass arrests are being carried out in the army and the judiciary, which raises concerns of Western countries, according to reports.

Several thousand people gathered last night at Taksim Square in Istanbul and in the main square in Ankara in support of Erdogan, who repeated an appeal for citizens to take to the streets despite the defeat of the coup organizers.

Late night at a rally in Ankara, this call was repeated also by Turkish Prime Minister Binali Yildirim.

"During the day we will work, and in the evening after work we will continue to be in public places," said said he.

Authorities on Sunday that they had detained some 6,000 soldiers, while issuing 3,000 arrest warrants for representatives of the judiciary, after the attempted coup when 290 people, of whom about 100 participants in it, died.

The measures implemented after the failed coup prompted concerns of Western countries that have called on Turkey to respect the rule of law and constitutional order, and refrain from possible widespread repression in the country.

On the night of July 16 a military coup was attempted in Turkey, with major clashes taking place in Ankara and Istanbul.

The Turkish leadership has in the meantime announced that the coup was suppressed.

TASS is reporting that the latest information shows 290 people have been killed and about 1,440 injured in the clashes.