It would be strange if the British navy failed to notice Russia's Stary Oskol submarine as it slowly traveled toward the Black Sea Fleet, says the Russian MoD. 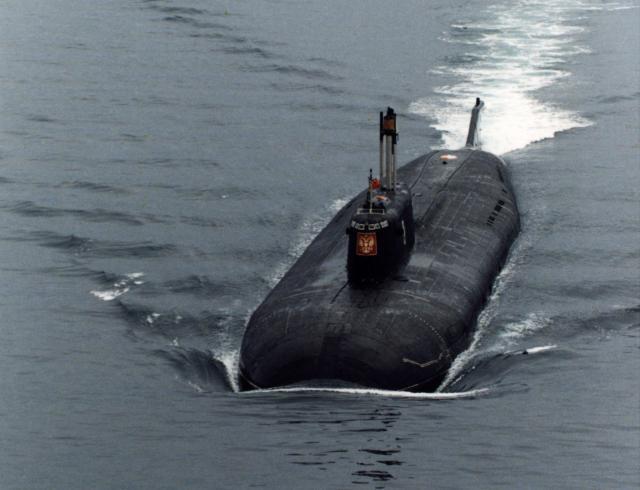 The Russian Defense Ministry issued this statement on Wednesday.

Earlier the same day British media reported that a Russian submarine had been "intercepted" as it was expected to pass the strait of Dover, "thanks to joint UK-NATO efforts," Sputnik reported.

"The Russian Defense Ministry is surprised that joint UK-NATO efforts were required to discover a submarine traveling in a surfaced position at slow speed, accompanied by a tugboat," the Russian MoD said, adding:

"It would have been strange if the Royal Navy together with its NATO allies failed to notice the submarine, particularly considering the fact that our sailors have been greeted - according to an old tradition - by passing merchant vessels from different countries in the Barents, Norwegian and North seas over the past days."

The diesel-electric Project 636.3 submarine is on its way to its homebase in the Black Sea, after undergoing testing with the Baltic and Northern Fleets. It is accompanied by the Altay, a tugboat.

Reporting earlier on Wednesday, the telegraph.co.uk website said that "it is understood the Stary Oskol, a Kilo-class submarine capable of carrying cruise missiles and torpedoes, was first detected in the North Sea where NATO forces are monitoring the waters."

The British Ministry of Defense is then quoted as announcing the submarine "will continue to be shadowed by the Type 23 Duke class frigate."

"This shows that the Navy is maintaining a vigilant watch in international and territorial waters to keep Britain safe and protect us from potential threats," said British Defense Secretary Michael Fallon.

Meanwhile, HMS Kent Commander Daniel Thomas said: "Locating this submarine was a combined effort with NATO allies and shadowing such units is routine activity for the Royal Navy."