IFJ/EFJ say they back their affiliate the Russian Union of Journalists (RUJ) "in expressing concerns over the growing intimidation against the media in Russia." 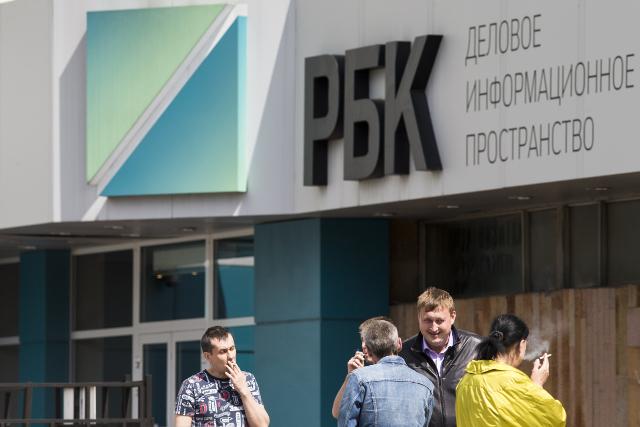 The International and European Federations of Journalists (IFJ/EFJ) reacted after three top editors from the Russian RBC media group announced their departure on May 13.

An IFJ/EFJ statement said that the resignations came "as the political pressure against the independent media outlet grows in Russia."

"RBC, one of Russia’s largest media companies is owned by billionaire Mikhail Prokhorov’s investment fund Onexim. Its newspaper is seen as one of the last independent publications in Russia and its website has been among the most popular news sites in the country," said IFJ/EFJ, and added:

"The media group published investigative reports on people close to President Vladimir Putin and covered the Panama Papers revelations.According to media reports, a fraud probe and police raids in the company have already occurred and has been interpreted as signs of the government’s dissatisfaction with RBC’s editorial decisions."

Russian government officials are quoted as "denying that the departure of the editors had anything to do with pressure from the Kremlin."

Meanwhile, RUJ President Vsevelod Bogdanov has been quoted as saying:

"We express our deep concerns about the situation in RBC. We are also concerned that business and journalism are facing new contradictions in the media field today. We will do our best to protect journalists in this situation, and journalism as a public good. Journalists work for the people, for the truth. And they have to be heard."

“The resignation of three top editors is not only a loss for the RBC but also a major blow for press freedom in the whole country. It is disheartening to see that the Russian government continues to adopt a censorship approach that is putting freedom of expression and journalists’ work at risk every day. We call on Russian authorities to stop intimidation against the press immediately," IFJ President Jim Boumelha said, according to the IFJ website, which added that the IFJ and EFJ "will submit the case to the Council of Europe Platform to promote the protection of journalism and the safety of journalists."

The IFJ article also noted that "last week the independent national newspaper Novye Izvestia, well-known for its investigations and critical political publications, announced the closure of its paper version due to a sudden decision of investors."