Turkish President Tayyip Erdogan has mentioned Hitler-era Germany as an example of an effective presidential system, Turkish media have reported. 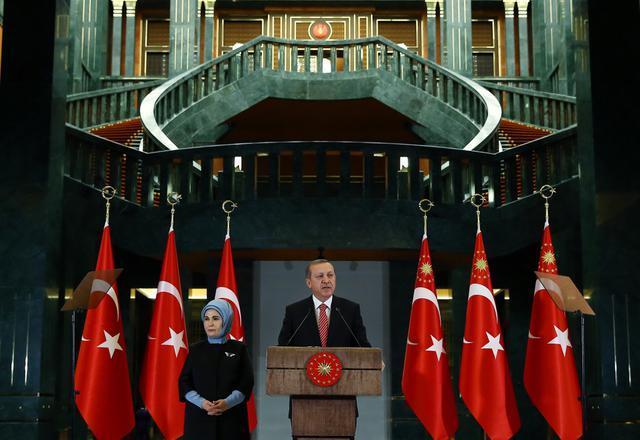 Reuters put this statement in the context of Erdogan's desire to change Turkey's constitution "to turn the ceremonial role of president into that of a chief executive, a Turkish version of the system in the United States, France or Russia."

The agency quoted Turkey's Dogan as reporting that Erdogan, when asked "whether an executive presidential system was possible while maintaining the unitary structure of the state," said: "There are already examples in the world. You can see it when you look at Hitler's Germany. There are later examples in various other countries."

But the Turkish presidency said in a statement later on Friday that "Erdogan's 'Hitler's Germany' metaphor has been distorted by some news sources and has been used in the opposite sense," and that it was unacceptable to suggest Erdogan was casting Hitler's Germany in a positive light.

According to Reuters, the presidency said Erdogan's remark was meant to "demonstrate that an executive presidency can exist in a unitary state and does not depend on a federal system of government, and that neither a presidential nor parliamentary system is a guarantee against abuse of power."

"If the system is abused it may lead to bad management resulting in disasters as in Hitler's Germany. The important thing is to pursue fair management that serves the nation," the statement said.