The dead are being counted; The UN calls for an immediate ceasefire

Fierce fighting between the Armenian and Azerbaijani armies is underway in the Nagorno-Karabakh region. A state of war has been declared in both countries. 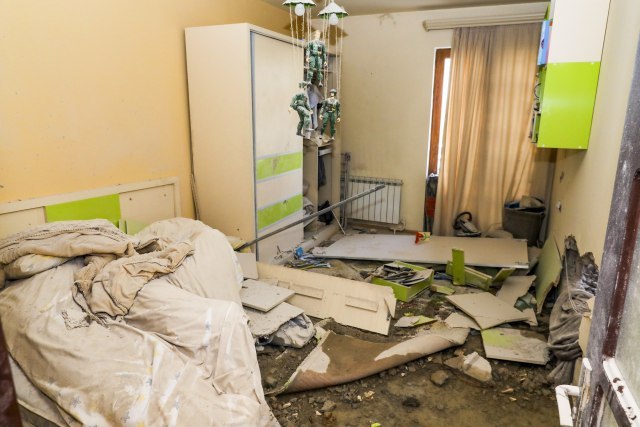 17 Armenian soldiers were killed and more than 100 were wounded. The United Nations called on both sides to immediately stop fighting and return to negotiations. Moscow, Washington and Brussels are asking for an immediate end of hostilities, while Ankara accuses Armenia and announces full support for Azerbaijan, RTS reports.

The Ministry of Defense of Armenia announced that 32 Armenians were killed in the conflicts with Azerbaijan in Nagorno-Karabakh. The ministry previously announced the names of the 16 killed soldiers and sent condolences to the families of the dead.

Authorities in the Nagorno-Karabakh region confirmed today that 15 soldiers had been killed.

Both sides deployed heavy weapons in that area, the Armenian Ministry of Defense announced. A Defense Ministry spokesperson, Artsrun Hovhannisyan, wrote on his Facebook that the fighting continued during the night and that the armed forces of Armenia achieved significant success, but that there was no ceasefire, TASS reports.

On the other hand, the Ministry of Defense of Azerbaijan announced that the Armenian forces targeted the city of Tartar in Azerbaijan, near the Nagorno-Karabakh region, this morning, and warned that reciprocal measures would be taken.

The Azerbaijani prosecutor's office announced yesterday that five members of one family were killed in the shelling by Armenia, Reuters reports.

Greece strongly deplores and condemns the suffering of the population in Nagorno-Karabakh and expressed readiness to help reduce tensions between Armenia and Azerbaijan.

During the phone call, Dendias condemned the loss of lives and reaffirmed the strong bonds of friendship between the two countries.

Guterres: Immediate end to the hostilities

UN Secretary General Antonio Guterres called on the Azerbaijani and Armenian forces to urgently end the hostilities and return to negotiations, his spokesman Stéphane Dujarric said.

As he stated, "United Nations Secretary-General Antonio Guterres on Sunday expressed his great concern over the latest Nagorno-Karabakh conflict, calling on both sides to immediately stop fighting, de-escalate tensions and return to meaningful negotiations without delay".

Nagorno-Karabakh, with its strategic position through which international oil and gas pipelines pass in the border zone between the two countries, occupies about eleven and a half thousand square kilometers. About 150 thousand people live there.

The roots of the conflict over this mountainous area date back to 1923, when the Soviet communist authorities gave it to Azerbaijan, even though 96 percent of Armenians lived in it at that time.

It was not so much a problem until the collapse of the Soviet Union began, then it became clear that independent states would emerge. The Armenian population of Nagorno-Karabakh wanted to stay with the motherland, which was confirmed by the referendum, and Azerbaijan tried to abolish autonomy and completely control the area.

A war broke out that lasted from 1988 to 1994. Armenia has about three million inhabitants. Azerbaijan is economically stronger, has gas and oil, has almost three times more inhabitants than Armenia and received huge help from ethnically and historically close Turkey.

According to the latest information, fierce battles are being fought in the Nagorno-Karabakh region by the Armenian and Azerbaijani armies.

A representative of the Ministry of Defense of Armenia says that about 200 Azerbaijani soldiers were killed. The balance on the Armenian side is 17 killed and more than 100 wounded. A state of war has been declared in both countries. In Armenia, in the Nagorno-Karabakh region, reservists are also mobilizing.

The president of the self-proclaimed region of Nagorno-Karabakh, a region in Azerbaijan where the majority of the population is Armenian, stated that the Azerbaijani army used Turkish F-16 planes during the attack, which have been in Azerbaijan for a month due to military exercises. Sputnik reports that this is proof that Azerbaijan uses the most modern weapons at the disposal of the Turkish army.

Moscow, Washington and Brussels are seeking an immediate end to the conflict. The most important thing is to silence weapons, for both sides to return to negotiations and seek diplomatic and political solutions within the Minsk Group, the OSCE and the United Nations, with the peaceful mediation of the European Union and Russia.