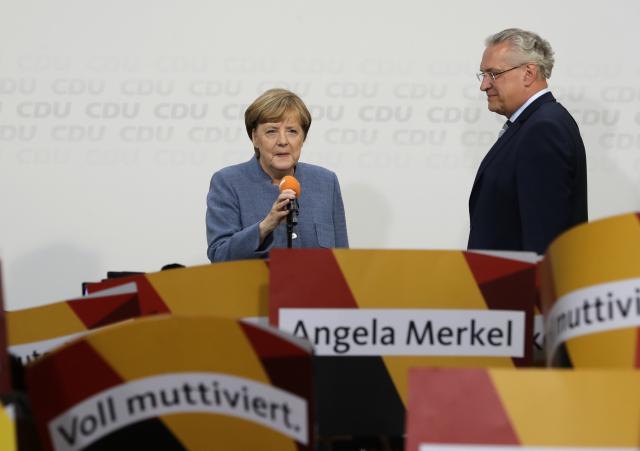 The CDU/CSU won 33 percent of votes, paving the way for Merkel's fourth term as German chancellor. The Social Democrats (SPD) finished second with 20.5 percent of the vote. The right-wing AfD won 12.6 percent and will enter parliament for the first time. The FDP, the Greens, and the Left also have enough votes to enter parliament.