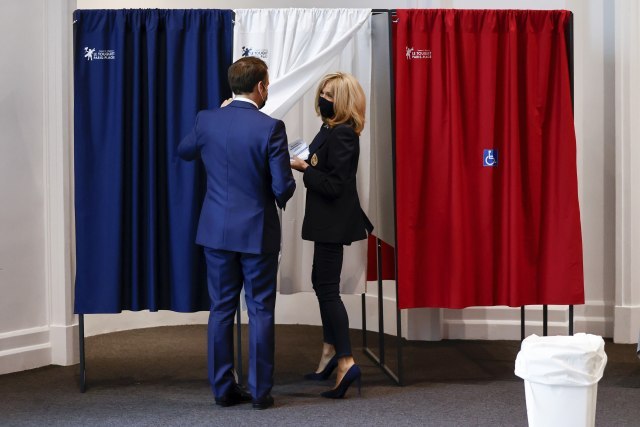 This was shown by the exit polls after the elections, marked by a record low turnout, published on Sunday night.

Thierry Mariani from the National Rally won 33 percent of the votes, the exit poll showed, three percent more than Renaud Muselier from the Republicans, which made an alliance with the party of French President Emmanuel Macron La République En Marche ! (The Republic on the move!), RTS reported.

The French elect advisers to 13 regions in France and two in the overseas territories for a term of six years.

Regional authorities are in charge of areas that directly affect citizens, such as public transport, education and regional planning. The first round of regional elections was marked by a record low turnout and the first defeat of Emmanuel Macron's party.

According to the Elabe poll agency, turnout across the country is at a record low, with a abstinence rate of 68.5 percent, as voters prefer to enjoy a sunny day after months of restrictions due to COVID-19. The second round of regional elections will be held on June 27.

Regional elections are considered the last test preceding the most important presidential elections.