Why are Saudi Arabia and Iran such strong rivals? 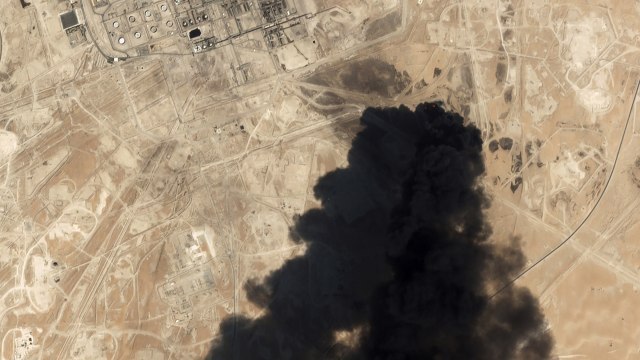 The 10-year long conflict between Riyadh and Tehran and Iran is further burdened by religious differences - Iran is dominated by Shiite Muslims, while Saudis see themselves as the leading Sunni Muslim power, the BBC reports.

That division in Islam is reflected throughout the Middle East region, as other countries that are divided into those with a majority Shiite or Sunni population seek the support and guidance of Saudi Arabia or Iran.

Historically, Saudi Arabia views itself as the "leader of the Muslim world" as it is regarded as the "kingdom and birthplace of Islam".

On the other hand, after the Islamic Revolution in Iran in 1979, a new state was created - a revolutionary theocracy, aimed at extending that model to neighboring countries, according to the BBC.

According to the British Public Service, the 2003 invasion of Iraq overthrew Saddam Hussein, a Sunni, and opened the way for a Shiite-dominated government in Baghdad, and Iran's influence on Shiites in the country has been growing ever since.

Subsequent uprisings across the Arab world have caused political instability throughout the region, and Iran and Saudi Arabia have used those protests to expand their influence, especially in Syria, Bahrain and Yemen.

Thus, over the last 15 years, the rivalry has been growing stronger, with the BBC estimating that Iran has been winning the regional race in many ways.

In Syria, Iran's support for President Bashar al-Assad is said to have allowed his forces to largely destroy Saudi Arabian-backed rebel groups.

Reportedly, regional tensions are exacerbated by the "militaristic adventurism" of young and impulsive Saudi Crown Prince Muhammad Bin Salaman - who is the de facto ruler of the country waging war on Hut, an Iran-backed rebel movement in Yemen.

Iran, on the other hand, has denied accusations of supplying Hute with weapons, though United Nations reports say otherwise.

For the US and other Western powers, free navigation in the Gulf is essential and any conflict that could block the shipping route for oil could easily trigger US naval and air forces.

For a long time, the United States and its allies saw Iran as a destabilizing force in the Middle East, and Saudi leaders increasingly perceived Iran as an existential threat.

Saudi Arabia's vulnerability has been demonstrated by the recent attacks on its oil facilities.