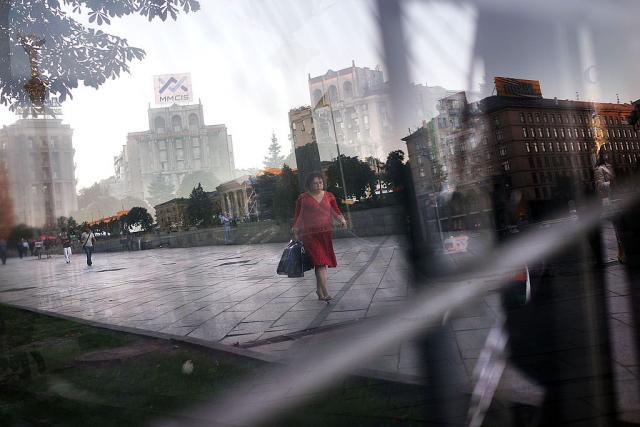 Kiev also summoned the Serbian ambassador to Ukraine and asked him to provide "explanations regarding the matter."

"The Ministry of Foreign Affairs of Ukraine condemns in the strongest terms the visit of a group of Serbian parliamentarians to occupied Crimea," a spokeswoman for the ministry, Mariana Betsa, told a press briefing on Friday.

She pointed out that the Serbian deputies "violated Ukrainian and international law." According to her, the deputies "openly called for the recognition of Crimea as part of Russia, which means they acted in contradiction with the official stance that Serbia supports the territorial integrity of Ukraine."

Earlier this week, representatives of Serbian People's Party (SNP) led by its president, Nenad Popovic, who is also a member of the National Assembly from the ranks of the ruling coalition, visited Simferopol.

While in Crimea, Popovic spoke with local politicians about the "promotion of bilateral cooperation between Serbia and the Crimea," Sputnik is reporting. The SNP delegation also signed a protocol with the Crimean branch of President Vladimir Putin's party United Russia.

Also on Friday, Ukraine's ambassador to Serbia, Oleksandr Aleksandrovych, condemned the visit to "temporarily occupied Crimea", where the delegation participated in what he referred to as "so-called festivities on the occasion of the annexation of Crimea to Russia."

The diplomat said that the Serbian delegation on thus "openly and officially declared their support and recognition of Crimea as part of Russia."

In an open letter to he media, Aleksandrovych stated that the Serbians "called for establishment of bilateral contacts between Serbia and Crimea, which is an open violation of the law" of his country.

Noting that this was "not the first time", the Ukrainian ambassador said it was "worrying that such a tendency continues with the activities of people's deputies who should represent the official position and the policy of Serbia in international relations."

This Serbian delegation visiting Crimea had representatives of the ruling coalition in its ranks, "who are of the opinion that it is normal to cooperate with the unrecognized, occupation government of Crimea," the letter said.

"I wonder if they would also feel it was lawful and completely normal if Ukrainian officials cooperated with the Kosovo government? I think not," said the ambassador.

Serbian officials responded by saying that their country voted against the resolution "because of the exceptionally strongly-worded text, which attacked Russia in a most unscrupulous way."