Thousands of people protested on the streets of Spain after rescuers found the body of a girl (6) tied to an anchor in the waters around Tenerife. 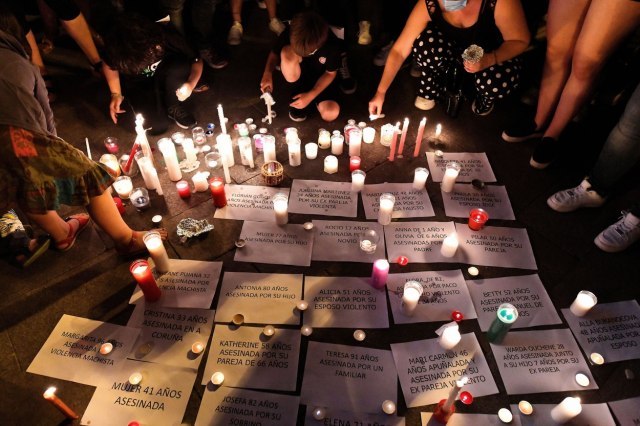 Rescuers are continuing the search for their younger sister, one-year-old Anna, after finding the body of her older sister Olivia, and the main suspect is their father Thomas G., who did not return the children to the mother from whom he was divorced in April.

He is also considered missing.

The newspaper "EL PAÍS" states, citing court sources, that the fingerprints confirmed that the body that was found at the bottom of the sea is of the girl Olivia.

The family lived in Tenerife, where officials and some locals observed a minute of silence.

"We are here to condemn a situation that happens more often than it should and to say, 'enough is enough' and that we must protect women and children who are victims of male violence," said Nuria Fernandez, one of the protesters in Tenerife.

In Madrid, thousands of people gathered at the "Puerta del Sol" shouting "They are not crazy, they are murderers", alluding to parents who killed their own children.

"The whole of Spain is in shock, all our support goes to those whose pain is absolutely unbearable and inconceivable, we strongly reject sexist violence, which some still deny in our country," Prime Minister Pedro Sanchez said during a visit to Costa Rica on Friday.

Olivia's body was found at a depth of 1.000 meters in a sports bag, tied with an anchor, near the place where her father's boat was sailing.

An empty sports bag was also found nearby.

Authorities requested a search after items belonging to the father were found at sea. The Spanish left-wing government has put the fight for women's rights and macho positions on top of its political priorities.

Nearly 1.100 women have been killed by their partners or ex-partners since such a registry was established in 2003, just before the adoption of a law treating sexual violence, while 39 children have been killed during attacks on their mothers since 2013.

Women took to the streets of Spain to protest violence against women and children following the discovery of the body of a child taken by her father without the mother’s permission. https://t.co/q213spq2ZL pic.twitter.com/HkgE1JDk01