Six people died and more than 100 were injured when a powerful storm with gale-force winds hit the peninsula of Halkidiki. Among the dead are two children. 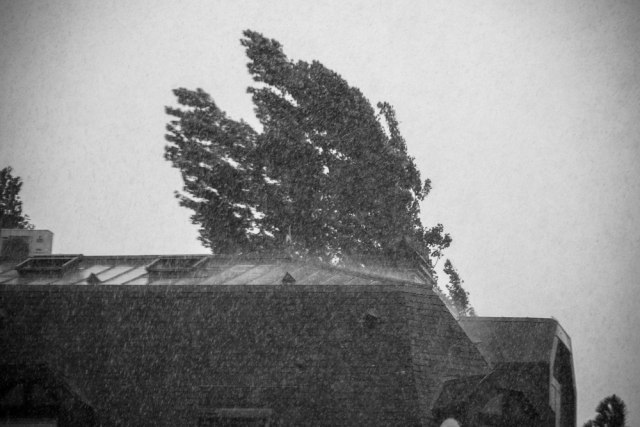 According to the first police findings, six people lost their lives in a violent storm.

The Romanian woman and her child were killed when the roof of a restaurant collapsed at Nea Plagia, officials say, while the Russian man and his son were killed by a falling tree near their hotel in the seaside resort of Potidea.

A state of emergency was declared in Halkidiki and Greece's newly appointed citizens' protection minister is due to visit this morning.

Athansios Kaltsas, director of the Nea Moudania Medical Centre, said: "It is the first time in my 25-year career that I have lived through something like this. It was so abrupt, and so sudden."

Dragana Glisic, Serbian Consul in Thessaloniki says that a 13-year-old girl from Serbia was slightly injured, as they were informed from a General Hospital Gennimatas in Thessaloniki, while other six Serbian tourists were admitted to a hospital in Nea Moudania, where 80 tourist of diverse nationalities were also admitted.