As missiles fall on the capital, Nagorno-Karabakh, leaders of the two warring parties say they are ready to end the conflict. 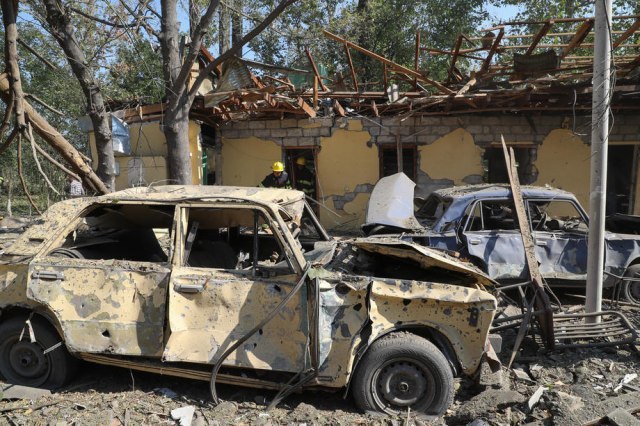 About 30 missiles were heard in Stepanakert, the capital of Nagorno-Karabakh, last night, and Armenian officials are accusing the Azerbaijani army of the attack. The attacks partially damaged the infrastructure, so parts of the city do not have electricity. Warning sirens are constantly heard in the city, TASS reports.

Armenian Prime Minister Nikol Pashinyan stated that the army of the unrecognized republic of Nagorno-Karabakh lured the Azerbaijani army into a trap in the direction of Gabriel and inflicted devastating blows on them.

"The idea of Karabakh commanders succeeded - they took tactical steps in the south, left the corridor and lured the military corps of Azerbaijan there. "Literally at this moment, that corps is receiving devastating blows," he said, as reported by RBC.

The information provided by Yerevan and Baku is fundamentally different.

On the same day, Aliyev announced that the Azerbaijani armed forces had previously occupied three villages and a series of strategic valleys in the conflict zone. The Azerbaijani President pointed out that his soldiers were advancing in the direction of Gabriel, while the armies of Armenia and Karabakh were leaving the equipment and fleeing.

#Azerbaijani - #Turkey aggressors have targeted the jewel and symbol of #Shushi - Ghazanchetsots Church. #StopAliyev & freeze of assets is necessary to rebuild. pic.twitter.com/vEXdjQsqzH

There are at least two F-16s at Ganja International Airport in Azerbaijan, our analysis of an Oct. 3 @planetlabs satellite image shows. The fighter jets are likely operated by the Turkish Air Force, alongside a possible CN-235 cargo aircraft. Here’s a short thread why. pic.twitter.com/de1XsmXXZr