The 223rd day of the special Russian military operation began in Ukraine. 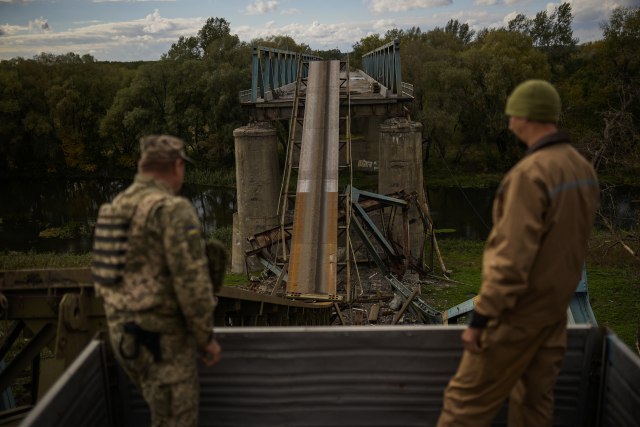 Russian Duma ratified the agreements on the annexation of Ukrainian regions to Russia.

The EU considered banning the entry of Russians for a year.

Sweden claims that the gas leak from Nord Stream 2 is still ongoing, while "Gazprom" announces that the pressure in the gas pipelines has stabilized and that the leak has stopped.

He stated that an industrial and infrastructure facility was affected, reports Ukrinform.

According to residents, the electricity went out in some parts of Kharkiv.

New US military aid worth $625 million

The announcement about sending the package should be published as early as tomorrow, the agency said. This is the US government's first fiscal year 2023 package that allows US President Joseph Biden to withdraw up to $3.7 billion in surplus weapons for transfer to Ukraine by mid-December.

Last week, the US revealed it was preparing a new $1.1 billion military aid package for Ukraine, which includes 18 HIMARS systems, accompanying munitions, various types of anti-drone systems and radar systems.

Reuters, however, reports that last week's aid package was funded by the Ukraine Security Assistance Initiative (USAI), meaning the US government must procure weapons from the military industry, rather than taking them from existing arms stockpiles.

The officials, speaking on condition of anonymity, said the value and content of the aid package could be changed at the last minute.

Ukrainian forces broke through Russian defenses in the south of the country and at the same time expanded their rapid offensive in the east, and in this way they regained more territory in the areas annexed by Russia, reports Reuters.

The Ukrainian army made its biggest advance in the south since the start of the war on Monday, seizing several villages along the strategically important Dnieper River, officials in Kyiv and pro-Russian authorities in the region said.

The Russian representative in Brussels presented his position on referendums

Acting Permanent Representative of Russia to the European Union, Kirill Logvinov, said in a conversation with representatives of the European Council for Foreign Affairs in Brussels that the fact that the EU condemns and does not recognize the referendums in four Ukrainian regions and their annexation to Russia "will not affect the conscious choice of the residents of these regions in favor of Russia".

As reported by the Russian diplomatic mission, the conversation also discussed EU sanctions against Russia, including the upcoming eighth package, reports RIA Novosti.

"The Russian side has once again emphasized the illegitimate and unjustified nature of such unilateral measures that only undermine global energy and food security, and worsen the socio-economic situation of the Europeans themselves," the statement said. It is emphasized that the Russian side has hinted that the realization of the idea of ​​creating an EU mission to support the Ukrainian army will be perceived "as a direct involvement of the European Union as the opposite party in the conflict in Ukraine, with all the consequences that arise from that."

Earlier, EU spokesman Peter Stano said that the acting ambassador of Russia to the EU was invited to a meeting as part of a coordinated protest by European countries due to the referendum in the Luhansk and Donetsk People's Republics, Zaporizhzhia and Kherson Region.