Multiple gunfire all over Vienna, one attacker among the dead VIDEO / PHOTO

Several shots were fired at six locations in Vienna tonight by several suspects armed with rifles. False news about the hostage crisis. 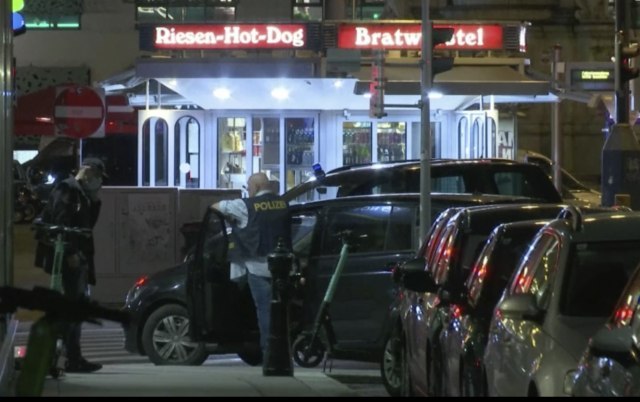 Several shots were fired at six locations in Vienna tonight by several suspects armed with rifles.

Police announced that one person was killed and several were injured, including a police officer, who received life-threatening injuries.

The first shooting took place near the synagogue, followed by another one - near the Hilton hotel. Then came the information about the abduction and hostage-taking, which according to the latest confirmed information is false news.

After the shooting in the center of Vienna, there was speculation that there was a kidnapping in the Japanese restaurant "Akakiko" in Mariahilferstrasse.

It was confirmed to "Pulse 24" television that there was no hostage-taking and that it was false information, which was checked by the police.

Police, due to numerous speculations that are spreading, asked the citizens via Twitter not to spread false news and unverified information about the number of injured and killed.

Austrian Interior Minister Karl Nehammer said that it was a terrorist attack, in which several people participated.

UPDATE - Hunt for the terrorists underway in #Vienna, #Austria. pic.twitter.com/W3KSSfpLJk

A police operation is underway in Vienna. According to the "Kronen Zeitung", one attacker blew himself up by activating an explosive belt. Another was arrested. It is possible that the third attacker was on the run, because there is information that there were three of them.

The internal security of the Jewish religious community in Austria appealed to all Jewish citizens not to leave their apartments or houses.