Two US congressmen have nominated Natasa Kandic and the Humanitarian Law Center NGO for this year's Nobel Peace Prize. 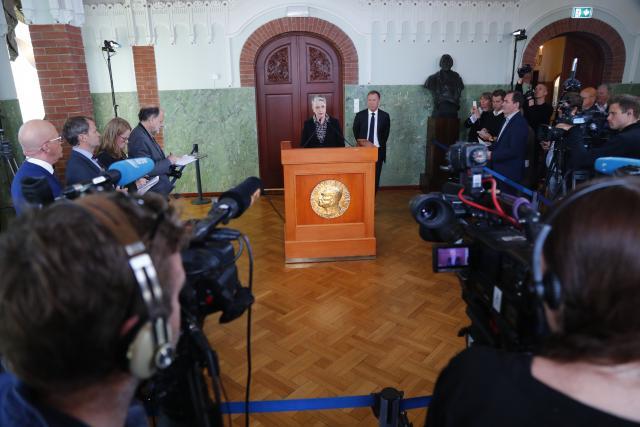 Voice of America reported this on Thursday.

The nomination was submitted by US Congress Helsinki Commission Chairman Senator Roger Wicker and Representative Eliot Engel, ranking member of the US House Committee on Foreign Affairs.

According to a statement published by the Helsinki Commission, Kandic founded the Humanitarian Law Center (Fond za Humanitarno Pravo) in Belgrade in 1992 "to document egregious human rights violations committed during the conflicts associated with the breakup of the former Yugoslavia."

"More than 25 years later, the Humanitarian Law Center continues to fight for justice for victims of war crimes and to battle the extreme nationalism and strained ethnic tensions that linger in the Western Balkans," the statement said.

“The thorough documentation of these crimes by the Center became essential for the provision of justice, both at the International Criminal Tribunal for the former Yugoslavia, which concluded its work at the end of 2017, and in the national war crimes chambers in the countries of the region," Wicker and Engel write in their nomination.

"Principal perpetrators, including political and military leaders, were held internationally accountable for the first time since the Second World War. Surviving victims, and the traumatized communities in which they lived, were given a chance to find closure and to rebuild. The countries of the region have been encouraged to adhere to the rule of law and to accept the legacy of a horrific past."

"The Center continued its work throughout the conflicts and in a hostile environment for human rights advocacy. Far too many in Serbia have sought to deny abhorrent crimes or to justify them by demonizing the victims; many more remained silent as ethnic cleansing proceeded unchecked. In contrast, under Kandic’s leadership the Center spoke publicly against acts of aggression, reported on atrocities committed, and rejected the hatred upon which they were based. Although impossible to measure, we can safely assume that the Center’s efforts deterred additional human rights violations," the nomination reads.

"Today, Natasa Kandic remains an inspiration to a new generation of dedicated young professionals who now lead the Humanitarian Law Center as it exposes those who have evaded justice and takes on the extreme nationalism and strained ethnic tensions that linger in the Western Balkans," Wicker and Engel wrote, and concluded:

"As members of the US Congress, we helped shape the international response to the conflicts which erupted in the Western Balkans and we continue to support and encourage post-conflict recovery in the countries of the region. We can think of no person or organization more deserving of the Nobel Peace Prize than Natasa Kandic and the Humanitarian Law Center and are confident that such recognition would further the cause of peace and reconciliation in this and other troubled regions of our world."