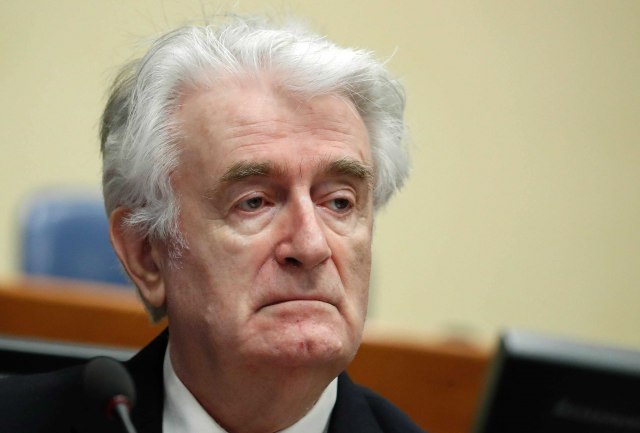 The British government announced that Karadzic will be transferred to Britain to serve the rest of his sentence.

British Foreign Secretary Dominic Rabb said in a statement that Great Britain should be proud of the fact that "from the support of the United Kingdom to ensure his arrest, to the prison cell he is now facing, it supported 30 years of seeking justice for heinous crimes".

"Radovan Karadzic is one of the few people found guilty of genocide. He was responsible for the massacre of men, women and children in the genocide in Srebrenica and helped process the siege of Sarajevo with his relentless attacks on civilians," the foreign minister said.

The Appeals Chamber of the Mechanism in The Hague sentenced Karadzic to life in prison in 2019, for the genocide in Srebrenica and crimes against humanity, violations of the laws and customs of war. This decision reversed the first-instance verdict of the Hague Tribunal, which sentenced him to 40 years in March 2016.