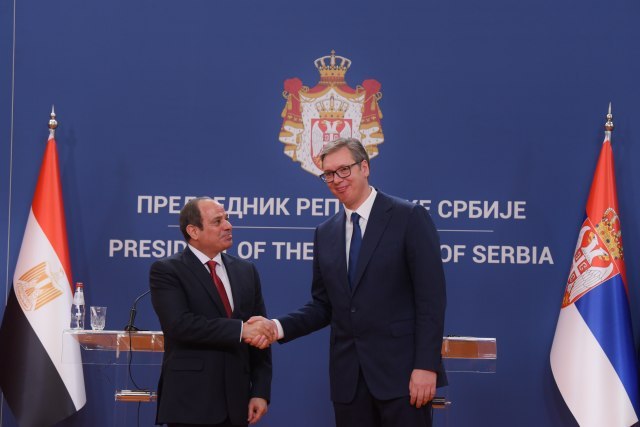 "It is my great honor to host a sincere friend of Serbia. This historic visit means a lot to all of us. The renewal of our cooperation is something that will bring a lot of good to both our countries and our peoples. I am convinced that our meeting will give a strong impetus to the further development of our relationship," said Vučić.

"We have opened up many areas of cooperation with Egypt, and this is just the beginning. We have agreed on accelerated cooperation," added the president of Serbia.

"I want to use this opportunity to thank Al-Sisi for coming to Serbia directly from Germany," he said.

"I could hear and learn a lot from President Al-Sisi. We talked together about the situation in Ukraine and important issues for our two countries and our cooperation in all international institutions and forums at all levels," said Vučić.

"You will not hear any bad comment about Egypt and the people of Egypt from anyone in Serbia. Serbia truly appreciates Egypt. I am proud that after 35 years I can host the president of Egypt," he added.

Vučić said that he talked with Sisi about many specific issues and that he is sure that we will establish good cooperation when it comes to the sale of grain.

Address by the President of Egypt

The President of Egypt, Abdel Fattah el-Sisi, said at a joint press conference with the President of Serbia, Aleksandar Vučić, that he expects cooperation between the two countries to be strengthened in all areas. He said that it was his honor to visit Serbia for the first time and thanked for the great hospitality.

Sisi pointed out that the people of Egyptian also love the Serbian people and expressed the hope that the documents signed today on cooperation between Serbia and Egypt will yield many results.

"Egypt expects even stronger cooperation in all areas," the president of Egypt pointed out.

He stated that there has been cooperation between the two countries since 1908, and that come October will mark 60 years since the first official visit to Serbia.

He said that the former president of Yugoslavia, Josip Broz Tito, was highly respected in Egypt and that the people of Egypt heard about Serbia through him.

"We discussed politics, education, and science, also about the business cooperation of our peoples, especially about investments and the agricultural exchange. We also talked about common interests and events, the situation in Palestine, Libya and especially Ukraine, effects on the world economy and where our countries should cooperate for the economic development," he stated, noting that Egypt's vision is that everything should be resolved peacefully and through agreements, especially in Ukraine.

He stated that today’s discussions included the fight against climate change and that a conference on climate change will be held in Sharm el-Sheikh and that it would be an honor for him to have Serbian President Vučić as a guest.

"Mr. President, I thank you for your hospitality and the medal you awarded me, I hope that the next period will be marked by even greater cooperation between our friendly countries and peoples," Sisi told the President of Serbia. 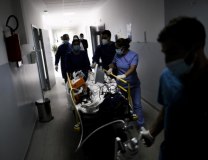 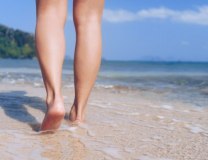 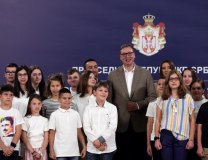 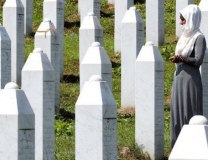 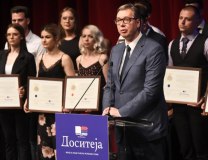 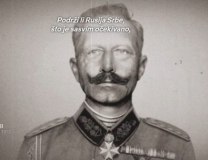 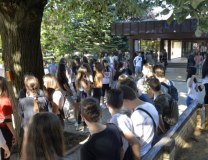 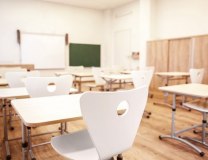