Interior Ministry appeals to the media to refrain from publishing inaccurate and unverified videos, insinuating events related to disappearance of Matej Periš. 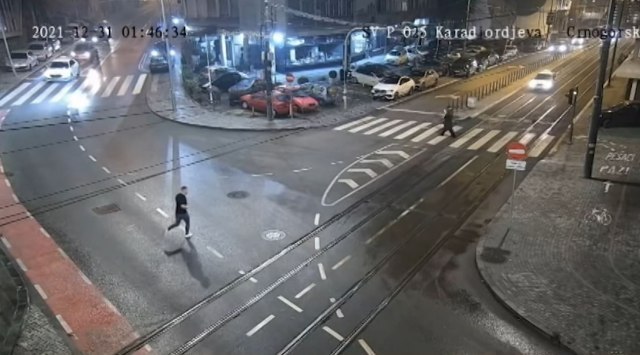 The statement states that the media are obstructing the investigation by misinformation.

"Police officers reviewed hundreds of hours of material, recordings from all surveillance cameras from the route of Periš and the surrounding area and based on them made a reconstruction of his movement, from the moment of leaving the Beton Hall at 1.43 a.m. to the descent to Sava River, at 1.52 a.m., from where all trace of him is lost", it is stated in the announcement.

Based on the review of all recordings, it is clear that Matej, claims the Ministry of the Interior, has not been in contact with or interacted with any other person since he left Beton Hall, except for the taxi driver when he stopped and with whom the police conducted an interview.

"We emphasize that in the course of the investigation so far, the police conducted an interview with Matej's friends who were with him that evening, club staff, all witnesses, and that based on all statements, any possibility that his disappearance was preceded by conflict or fight was ruled out."

Members of the Ministry of Internal Affairs, various organizational units, have been continuously searching for Matej Periš for 13 days, and since the report of his disappearance, on December 31 last year, they have been making maximum efforts and taking all measures and actions within their competence to find the young man.

"Once again, we appeal to the media and call on them not to spread misinformation and not to place unverified recordings insinuating alleged scenarios that preceded the disappearance due to the sensitivity of the topic, sympathy with the parents and family of the missing young man, and disrupting the further course of the investigation", it is concluded in the statement.