Director of the COVID hospital in Batajnica, Dr Tatjana Adzic, says medical workers are tired not only of the appeal and warnings, but they are also overworked.

She adds that they no longer have vacancies in the COVID hospital in Batajnica.

"This morning, we had 20 vacant places on the COVID ward, but two minutes ago I was informed that we no longer have any vacancies. We only have vacancies when we release the patient, in 15 minutes all the places we advertise in the group are filled," the doctor added.

"In just seven days, there are new patients occupying half of the hospital", says doctor Adzic for Radio Television Serbia. She says that when they make a visit, they are defeated by the data they receive from the patients and see from the medical documentation.

"More than 95 percent of them have not been vaccinated, these five percent have been vaccinated with one or two doses, most often the vaccines that were administered in February and March and where they were supposed to receive the third dose in September and October, and in the meantime got sick", emphasizes Adžić Vukičević.

He points out that the patients consume enormous amounts of oxygen and that this is proof that the clinical picture of patients in this wave differs from all the previous ones.

"Practically everyone who enters the hospital requires oxygen, that is at least 9-10 liters or 12-15 liters, and we have patients at 50-60 liters. That is a huge consumption and overload on the entire system," the doctor added.

She states that last night they received a girl who is 21 years old, and yesterday a boy who is 26 years old from Gornji Milanovac and a 22-year-old boy from Belgrade, while the oldest patient is 91 years old, RTS reports.

"Patients of all ages are present, females and males are equally represented. A month ago, we had a higher representation of men than women, and what is noticeable in the last month is the increase in the number of admissions of very old people - geriatric population born in the period from 1929 to 1939”, she adds.

She pointed out that the images of the loss of young people, the loss of entire families do not fade away.

"On Monday, I had a boy in the ambulance who survived a respirator, who was born in 1996, whose mother, who was 49, was lying next to him and passed away. They were lying next to each other and he is alive, and she unfortunately lost the battle," Adzic Vukicevic said.

She emphasizes that these are sad stories and that spouses, parents and children also died. "Three, four members of one family are lying together in the room at the moment," she added. She notes that patients who lost their fight with COVID were unfortunately not vaccinated.

"It is my appeal and my message to everyone that we have practically no choice but to protect ourselves and others and get vaccinated and who hasn't understood that so far, I can state with regret that we will be in a terribly big problem if something is not solved and the people do not respond to the vaccination", says Adžić Vukičević.

"Kragujevac October" Memorial Park in Sumarice is marking the Day of Remembrance for the victims of the World War II, state ceremony is led by President Vucic. 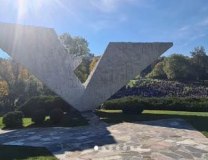 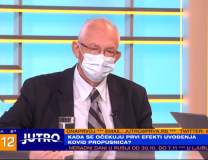 "Children are a big epidemiological problem, I expect online classes"

Coordinator of the vaccination point at the Belgrade Fair, Zoran Bekić, stated that he expects that online classes will be introduced in schools in Serbia soon. 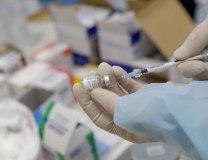 "COVID passes are just the beginning, we won't stop there"

Epidemiologist Branislav Tiodorović said that the introduction of COVID passes is just the beginning and preparation of public opinion for other measures. 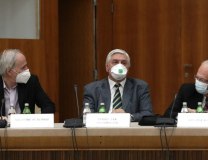 According to the latest data, 7.745 new cases of COVID-19 have been registered in Serbia. 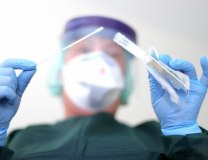 The session of the Crisis Staff is over, Prime Minister Ana Brnabić is addressing the public. 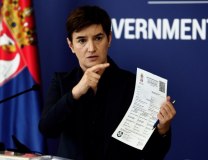 "Capacities are full - this is war"

The capacities of the COVID hospital in Batajnica have been filled to the maximum, said today the director of that health institution, Tatjana Adžić Vukičević. 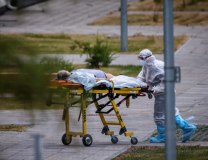 In Serbia, 7.664 newly diagnosed persons with COVID-19 were confirmed until the last review, while 57 persons died. 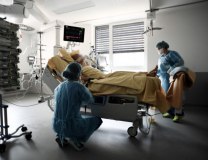