Serbian Patriarch Porfirije criticized the government in Montenegro, which, as he said, betrayed the trust of Metropolitan Amfilohije 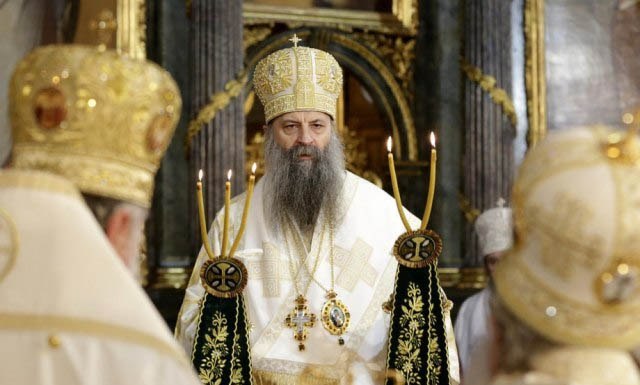 Thus, Montenegrin government put itself in the service of the forces of this world, which exist only and exclusively on polarizations, the patriarch stated.

In a sermon at the Church of the Holy Trinity in Sremčica, the patriarch said that recent events in Montenegro have shown that "those who are on the wings and in the strength of Metropolitan Amfilohije have come to build bridges, blunt blades, bring people together regardless of their origin and the way they pray to God... have betrayed the trust of the metropolitan".

"They betrayed the grace of God by that, I dare say, and put themselves in the service of the forces of this world, which exist only, brothers and sisters, exclusively and only on polarizations," the patriarch stated.

Quoting the proverb "divide and rule", the patriarch said that in that way, some declare themselves whites, and others blacks.

All of us, Porfirije said, have our own peculiarities and specificity, but it was not given to us by God to be distant from each other and not to understand each other.

"We support that every nation has its own state, we see in that a blessing and an expression of freedom, the opportunity for everyone to develop their specific gift and to give themselves to others, but also to receive others in their arms...", Serbina patriarch said in a sermon published on the Temple TV page on YouTube.