The Republic Hydro-meteorological Institute has issued an emergency warning of heavy rains. 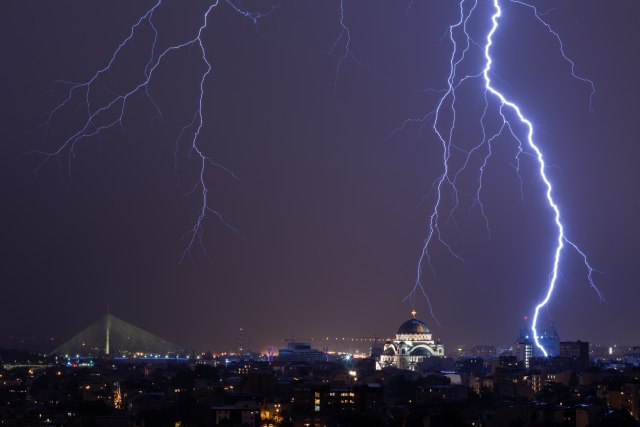 The warning refers to the area of Srem (around Ruma) and the Srem part of Belgrade.

"In the next hour, heavy showers, thunder and hail in Srem (around Ruma) and the Srem part of Belgrade," it is stated on the RHMZ website.

A big downpour followed by thunder has already started in Belgrade.

It will be partly cloudy in Serbia today, with occasional short-term rain, showers and thunderstorms. Wind weak, north and northwest.

The lowest temperature is from 10 to 16, the highest from 24 to 28 degrees, the Republic Hydro-meteorological Institute announced.

In Belgrade, it will be variably cloudy, in some parts of the city short-term rain or showers with thunder.

Weather forecast for the next seven days - until June 18: Until Monday, partly cloudy and moderately warm, occasional short-term rain, showers and thunderstorms.

A little colder on Monday, and mostly sunny and warmer from Tuesday.