New explosion in the factory "Sloboda" in Čačak

Strong explosions in the night between Thursday and Friday in the factory "Sloboda" in Čačak disturbed the citizens, and the situation has not yet stabilized. 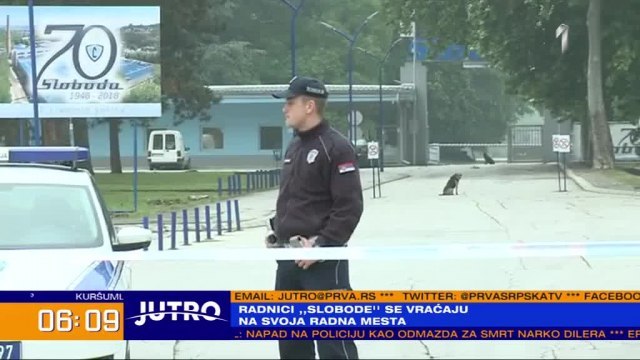 As the reporter of TV Prva reports from the scene, the police are in front of the factory and it is forbidden to enter the "Freedom" circle.

According to unofficial information, there was another strong explosion last night, as well as a fire, and this morning smoke could be noticed above the circle of the factory.

The workers were previously called to return to work this morning, but a TV Prva journalist found them in front of the plant and the police did not allow them to enter.

The fire was extinguished in the previous days by helicopters of the Serbian Army and they managed to localize it, but suddenly another explosion occurred.

The company Sloboda announced on Friday about the explosion and stated that a commission would be formed to investigate the incident.