Dr Udovicic to the Crisis Staff: The epidemic is out of control

The situation in the Karaburma COVID hospital is difficult, we no longer have vacancies, the commander of the VMC Karaburma, Colonel Dr Ivo Udovicic, said. 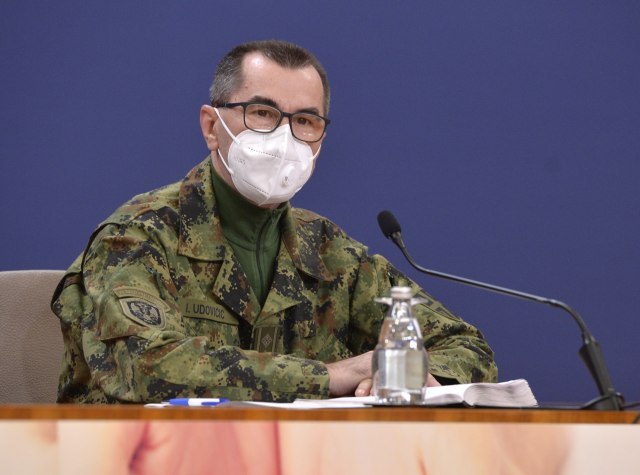 He says that for health workers, who have been working under spacesuits for almost a year, the situation is dramatic.

He believes that the number of newly infected people has increased again because we did not adhere to anti-epidemic measures, as well as that we relaxed too much with mass vaccination, because we thought that the epidemic was coming to an end. "The epidemic is out of control. This is a huge fire that cannot be extinguished with a garden hose for watering the grass. That is my message for tomorrow's session of the Crisis Staff," Udovicic said.

"We have a unique opportunity to be the first country in the world to put the epidemic under the control of mass vaccination. With three million vaccinated - both doses, we will become a country where COVID-19 will not have an epidemic character," said Udovicic.

By extinguishing the epidemic in Serbia, as he said, there will be only individual cases of illness, hospitals will be able to return to normal work, and citizens will be able to return to normal life. "I hope that in two or three months we will be able to boast that we have brought the epidemic under control. Until then, we must adhere to the measures," he said. He notes that Serbia is now on the verge of returning hospitals to the COVID system - which is unacceptable. He believes that the inspections did not do their job well either, especially in the mountain ski centers, because a lot of infected people return from winter vacation.