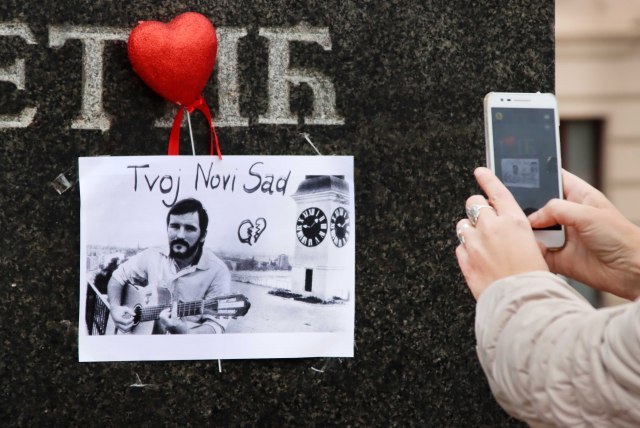 Symbolically, with lanterns that will soar up into the sky, rosemary, Balašević's songs and the opera choir of the Serbian National Theater, along with the last greeting from the Danube boats, Novi Sad will pay tribute to its Pannonian sailor.

"Let us all see him off together, with dignity, as it should be. Let's say to him once again - thank you, maestro, for everything. Your Novi Sad will remember you," the organizers said, reminding that everyone should adhere to the prescribed epidemiological measures.

It is planned that the whole event called "The night when Djole swam across the Danube" will last until 9 p.m.

Djordje Balasevic was buried yesterday at the City Cemetery in Novi Sad, while he died on Friday, February 19, at the Clinical Center of Vojvodina after contracting COVID-19.

We are deeply saddened by the passing of Djordje #Balašević, the first and only @Refugees GWA from the territory of former Yugoslavia. Mr. Balašević was always sharing joy. He lived and gave with courage. And he was always bringing people together.

Hundreds of people from all over Serbia wishing farewell to Balasevic

Hundreds of people from all over Serbia pay their last respects to the late singer-songwriter Djordje Balašević on Trg slobode in Novi Sad and in front of his house in 33 Jovan Cvijić Street.

Long lines of crying people, whole families light candles and leave messages at the monument to Svetozar Miletić in Novi Sad, and especially in front of the house of the Balašević family.

Nemanja Milenković from the Foundation "Novi Sad - European Capital of Culture" says for Tanjug that no city consists of boulevards and buildings, but of the souls of its inhabitants.

"Novi Sad has 350.000 souls, and we only remember torchbearers, such as Djordje Balasevic. He has now joined the constellation consisting of Jovan Jovanovic Zmaj, Laza Kostic, Aleksandar Tisma and Mika Antic," Milenkovic said, adding that Balasevic managed to summarize all the talents of the people of Novi Sad and to turn the province into a metropolis.

"Everyone says they know Djordje Balasevic, regardless of whether they are university professors or market vendors. What Balasevic meant for us is best illustrated by the testimony of a Frenchman married to a woman from Novi Sad who told me that his wife used to listen to Balasevic's songs closed for days in a room, crying. When that was over, she would tell him that everything was fine", said Milenković, adding that the whole city is in D-minor, which Balašević described best in his poems.

In front of the house at 33 Jovan Cvijić Street, where Balašević lived with his family, people also gathered, crying.

Dejan Simić from Sremski Karlovci says that he grew up with Balašević's music.

"Everything beautiful and sad that happened to me in my life was spiced with Balasevic's songs. I believe that the symbol of the Yugoslav brotherhood and unity and the memory of the great country and a decent life in it has gone", Simic concluded. 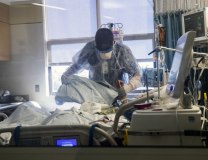 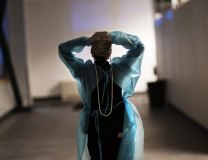 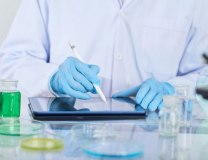 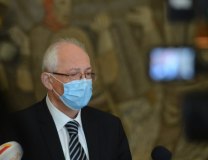 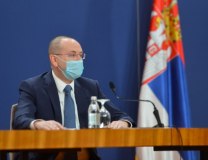 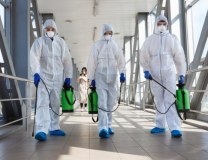 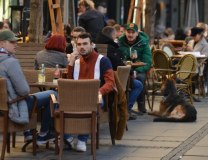 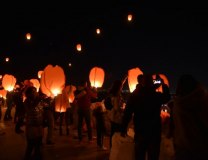