The Synod of the Serbian Orthodox Church decided

Synod of the Serbian Orthodox Church decided that the Assembly, at which a new patriarch will be elected, will be held in the crypt of the Temple of Saint Sava. 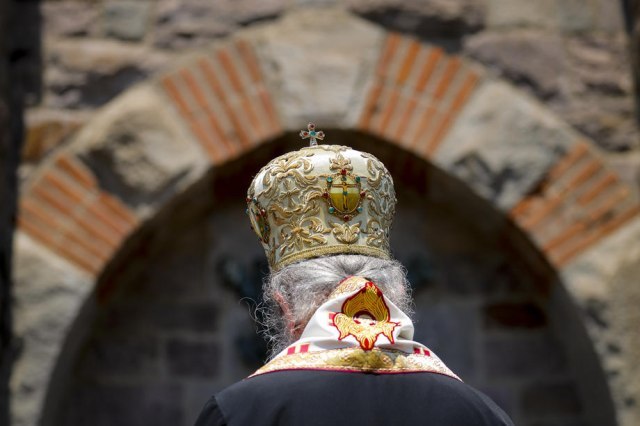 This possibility was announced earlier by the Metropolitan of Dabar-Bosnia and the guardian of the patriarchal throne of the Serbian Orthodox Church, Chrysostom, in an interview given to Tanjug a few days ago, when he stated that due to the epidemiological situation, the option of holding the Assembly in the Church of St. Sava is being considered.

As he pointed out at the time, this will be the first time that the Assembly will be held at a location outside the Patriarchate, and he announced that the name of a monk who will pull out one of the three envelopes with the name of the candidate for the new patriarch will be chosen at today's Synod session.

According to the procedure, the archbishops first choose three candidates from among themselves, and then the chosen names are placed in the gospel, from which the envelope with the name is taken out by a monk from a monastery who is considered to be a great clergyman.

After the death of Patriarch Irinej, who died of the consequences of coronavirus infection, until the election of the new leader of the Serbian Orthodox Church, Metropolitan Chrysostom of Dabar-Bosnia was temporarily appointed in his place.