If it weren't for Stefan Nemanja, we wouldn't have the last name ending with 'ić' 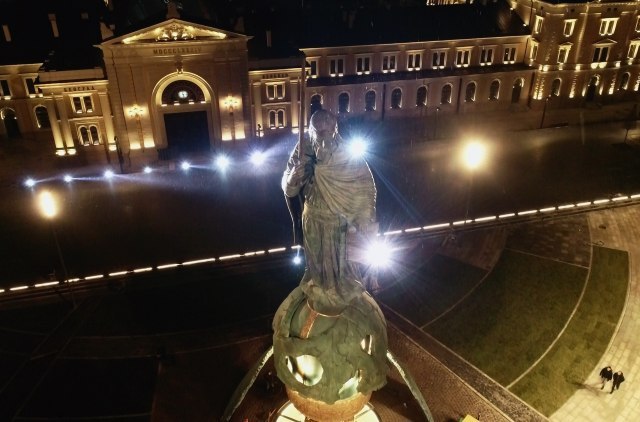 No one like Stefan Nemanja managed to unite Serbian lands and turn a remote Byzantine province into a powerful empire and a serious state, and without Nemanjic's endowments and Nemanjic's characters on frescoes, the Serbian people would have disappeared during Turkish slavery, says Selakovic, before the unveiling ceremony of the monument to Stefan Nemanja.

That monument, as well as the renovated Sava Square, in the central place of which it is located, will be unveiled tonight in the presence of the state leadership, and, by the way, it is the only monument to the Grand Prince Stefan Nemanja in Serbia.

Selaković pointed out that it is important for the state that there is not only that monument, but also memorial sculptures in general that will cultivate a centuries-old culture of remembering the Serbian people, which, he says, was undeservedly, and sometimes planned and tendentiously, pushed aside and deliberately stifled.

"We are one of the few nations in the Balkans that can be proud of its long state-building history, which, unfortunately, lost its continuity during the Ottoman occupation, and experienced resurrection and renewal at the beginning of the 19th century," Selakovic, who was on the committee of monument construction, told Tanjug.

He noticed that it was unbelievable, but true, that from 1804, when the renewal of the Serbian state began until today, we have never had a monument to Stefan Nemanja erected on the territory of Serbia.

"The late Patriarch Irinej also spoke about that - if it weren't for Nemanja, we wouldn't be Serbs today, we wouldn't be taking on 'ić' in our last names. It's so simple, and well said," Selaković underlined.

According to him, "although there have been attempts before, Vojislavljevic, Vukanovic, Vlastimirovic, Stefan Nemanja is the first among his ancestors and no one like him, like Nemanjic, has managed to continuously unite Serbian countries."

"To turn a small province, remote from the edge of the Byzantine Empire, into a powerful empire in less than two centuries and a serious and strong state, which had laws, was organized, had an economic, monetary system, diplomacy, which was seriously valued and respected, our great-grandfather Stefan Nemanja managed all that," Selakovic pointed out.

He mentioned that Nemanja strengthened us in Orthodoxy as well - until Nemanja, Serbs were both Orthodox and Roman Catholics, they belonged to various Christian sects, and since Nemanja, Serbs have become an Orthodox people.

He reminded of the words of Bishop Nikolaj Velimirović, that Nemanja held a sword in one hand, and with the other he worked, built and created, and when he was not fighting - he was building endowments. Exactly from his time until today, Serbs are adorned with a beautiful feature of endowment, Selaković added. "If there were no Nemanjic endowments, if there were no figures of Saint Nemanjic on the frescoes, we would have melted as a people during the Turkish slavery, disappeared and would not exist today. That is why it is important that today we unveil the monument to Stefan Nemanja in Belgrade. the state and the people were able to erect this monument in a way that is worthy of Serbia and Belgrade", Selaković concluded.