In the Higher Prosecutor's Office in Belgrade, actress Milena Radulović gave a statement for more than five hours in the case against Miroslav Mika Aleksić. 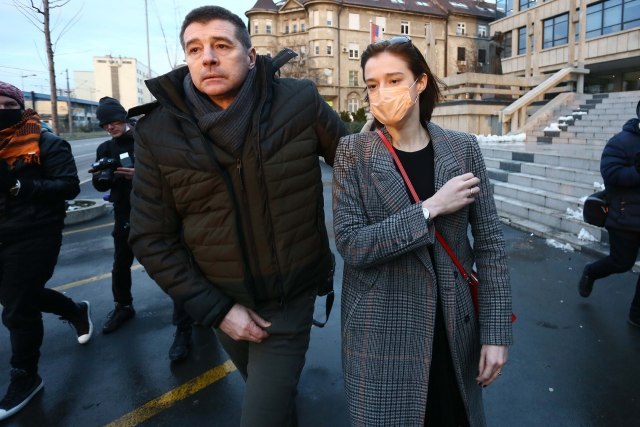 Aleksic is suspected of rape and sexual abuse, and after the hearing, her lawyer Denis Becirovic said that the investigation was not open to the public and that the prosecutor issued an order not to disclose any information from the case.

Asked if he knew about the new charges against Aleksic, Becirovic said that he did not have such information, but that he had heard that more injured parties were reporting to the police.

"If that is really true, there will be an expansion of the investigation," Becirovic said.

Milena Radulović came to the Higher Prosecutor's Office accompanied by a lawyer this morning before 11 o'clock.

Earlier, in a shocking confession, she said that Professor Aleksić raped her for the first time in early November 2012, when she was 17 and he was 61.

After her confession, more girls accused Aleksić for rape and sexual harassment. Aleksic was questioned in the Prosecutor's Office on Monday, and on that occasion he denied guilt, and he was ordered to be detained for up to 30 days.

He is suspected of eight rapes and seven criminal acts of illegal sexual activity, committed in the period from 2008 to 2020.