Kon announced the decision of the Crisis Staff

Epidemiologist Predrag Kon said that all measures remain in force until further notice. 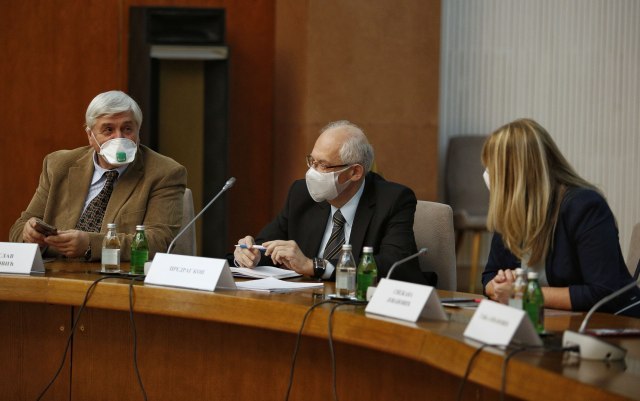 The epidemiological situation is being treated as unfavorable, he said.

Current measures remain in force until further notice, epidemiologist Predrag Kon announced today after the session of the Crisis Staff. Kon told reporters that the epidemiological situation and measures were discussed at the session, and the main topic now is vaccination, which will be the focus of future meetings.

The epidemiological situation, Kon points out, is still being treated as unfavorable.

"We will meet in the future, primarily for vaccination and monitoring of possible problems in that area, in order to help if necessary," he pointed out and emphasized that the most important thing for the whole of Serbia is to carry out mass immunization as soon as possible.

He pointed out that additional quantities of vaccines are expected for both Sputnik V and Pfizer, and that there are expectations related to the AstraZeneca vaccine.

Evaluating the information pertaining to the start of mass immunization, Kon said that it was encouraging. Asked which vaccine could be given to children, Kon said that, as far as he knew from the data obtained from ALIMS, the Chinese vaccine was available for three-year-olds, while Pfizer could not be given to people under 16, and the Sputnik V is meant for those over 18 years of age.