"Mass vaccination is the only way to defeat the virus" VIDEO

Prime Minister of Serbia, Ana Brnabić, stated that the goal is to vaccinate as many Serbian citizens as possible as soon as possible. 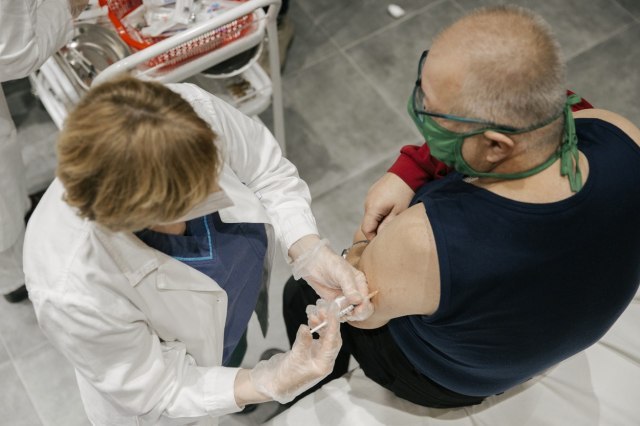 "Mass vaccination is the only way to defeat the virus," Brnabić said, hosted by TV Prva.

She emphasized that those who decide not to receive the vaccine will not suffer any sanctions.

The Prime Minister said that a vaccination point was opened today at the Belgrade Fair.

She emphasized the importance of the information system that was launched to monitor vaccination.

"We wanted to provide the citizens with as many vaccines as possible from various manufacturers," the Prime Minister of Serbia states. She pointed out that negotiations are underway for another 1.000.000 doses of Sinopharm vaccine to arrive in Serbia. As she stated, 351.000 citizens of Serbia have applied for vaccination so far.

The Prime Minister of Serbia pointed out that the state paid for all the vaccines and that nothing was received as a donation.

Brnabić assessed that it is not realistic for the anti-pandemic measures to be additionally mitigated at the session of the Crisis Staff for the fight against coronavirus, i.e. for the working hours of catering facilities to be extended.

"I think it is not realistic for those measures to be mitigated today. Today we will open the topic, so we will discuss what parameters still need to be achieved so that the catering facilities are open by 10 pm," Brnabić told Prva TV.

She said that it is true that there is a certain decline in the number of infected and the number of deaths from coronavirus, but that other conditions need to be met in order for the Crisis Staff to decide on additional relaxation of measures.

"We will open the topic, but it will not happen today," she said.