At today's session of the Crisis Staff, the results of the measures adopted on the eve of the New Year will be discussed, and it is possible to adopt new ones. 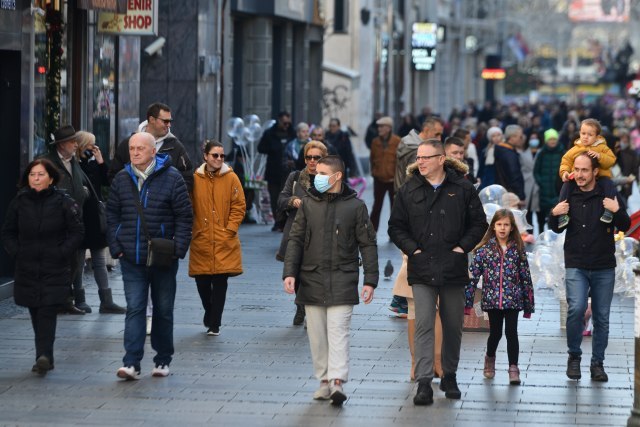 As confirmed to Tanjug, the session will be held at 10 am in the Palace of Serbia.

On Sunday, after a visit to the health workers of the University Children's Clinic "Tirsova", Prime Minister Ana Brnabić announced that measures for entering the country as well as measures for the economy and schools would be discussed at the session.

"Tomorrow, we will adopt new set of measures or make a decision on extending the current measures," she said.

Earlier, Health Minister Zlatibor Loncar said that the epidemiological situation would determine whether stricter measures at the borders for Serbian citizens returning to the country, which include a mandatory PCR test or a ten-day quarantine, would be extended after today. The validity of the current measures adopted before the New Year's holidays expires today, and according to them, among other things, shopping centers, catering facilities and services' working hours were extended until 8 pm, and grocery stores until 9 pm.

Prime Minister Ana Brnabic said that Serbia launches platform for citizens to apply for vaccination. This system was established in cooperation with the Office of Information Technology and e-Government (eUprava platform).

“Applications via eUprava platform start as of today, and this is where all citizens will have an opportunity to express a wish for the vaccination. The applications will be possible via phone as of Thursday,” said Brnabic, pointing out that the citizens will have a chance to pick any vaccine or a specific one, "so that we can plan further needs in the system and include all those numbers in the plan of mass vaccination", Prime Minister Ana Brnabić explained.