Hundreds of citizens of Nis blocked Boulevard Medijana: We have to do something VIDEO

Hundreds of citizens of Nis blocked Boulevard Medijana tonight, at the place where Andrej Prekljusaj (12) and Dejan Ilić (48) were killed in a traffic accident. 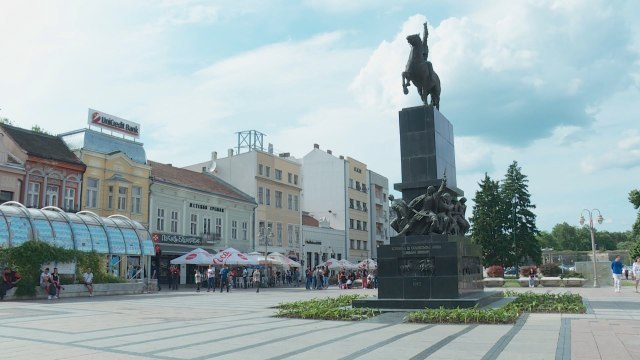 Citizens came out to protest against the "arrogant" driving and "savagery" of drivers in that city.

At the place where the "Audi", driven by Nemanja S. (19) from Belgrade, flew off the road, hitting two pedestrians, citizens left flowers and lit candles.

Aunt of the injured boy, Zorica Petrović, said that Andrej was returning home from the store walking on the sidewalk.

"He walked on the sidewalk, it took him 15 minutes to get home and now he is gone. He was an excellent student, he went to math competitions, he was good in programming," Petrovic said.

She asked how someone can give such a strong vehicle to someone who is 19 years old and why mandatory presence of the elderly in the vehicle is not introduced, despite the fact that such accidents have been happening for years.

"We have to do something, we are all parents, we have to sign a petition. That we can let our children walk freely, go to the park, that they are not attacked by pit bulls and drivers," said Petrovic.

According to her, Nemanja S. "went wild" in a car in Nis for a week, but no one stopped him.

"The police are stopping the one driving rickety vehicles. Why didn't they stop him?" She asked.

After a short stay on Medijana Boulevard, the citizens peacefully dispersed. A small number of citizens protested today in the center of Nis because of the accident on Boulevard Medijana.