What awaits us - spring or snow? VIDEO

Meteorologist Nedeljko Todorović says that the temperature will drop from Thursday, and in the period from January 10 to 17, we will experience a real winter. 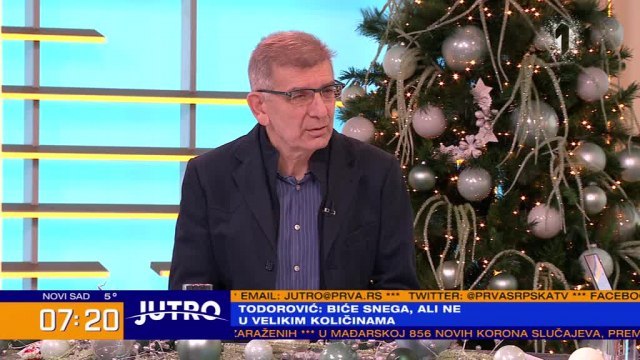 As Todorović says in the morning program of TV Prva, it will be at most 4 degrees, while snow is possible after January 11.

When asked if this winter will be as mild as last, he responded:

"Yes, it will be rather mild, but with a medium temperature lower and with a higher chance of snowing."

He states that there will be a change of warm and colder periods, but it will not be a cold winter "such in February 2012".

"The climate does not change from today to tomorrow, not every winter has to be knee-deep in snow," says Todorović, adding that in the last 30 years, winters have often been milder.

He adds that southeastern wind Kosava will not blow in the forthcoming period.

When it comes to Christmas, there will be no snow in the cities, but after that, in the area south of Belgrade, there are chances for the snow cover to be formed.

Compared to last summer, this summer will have more days with extremely high temperatures.