Sutanovac: Military service has not been abolished, it can be easily introduced VIDEO

Former Minister of Defense Dragan Sutanovac says in the morning program of TV Prva that mandatory military service has not been abolished, it was suspended. 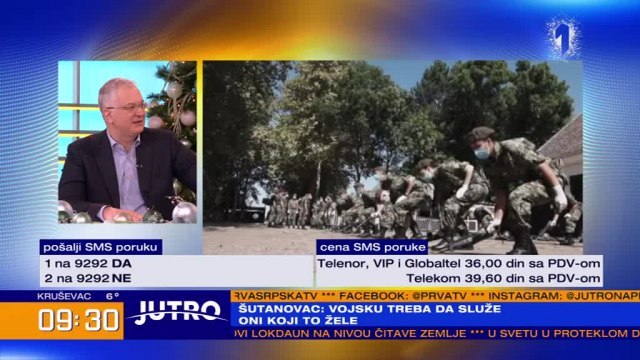 "Mandatory military service has not been abolished, but suspended. If the country comes under threat, that can easily change," Sutanovac said at the start of conversation.

Vlade Radulović, a military analyst, says that he did not notice that someone mentioned the issue of reintroducing military service in the pre-election race.

According to him, between 20 and 30 percent of the respondents are ready to "wear a uniform". He says that the number of units of the Serbian Army is low and that this is one of the problems.

The former minister says that the army is not an educational institution, but he adds that there are good reasons for renewing the military service - in case Serbia would be endangered and due to the inability of the leadership to attract young people.