The last weekend under the "new-old" measures is behind us. New Year is approaching and the final decision of the Crisis Staff and the Government is awaited. 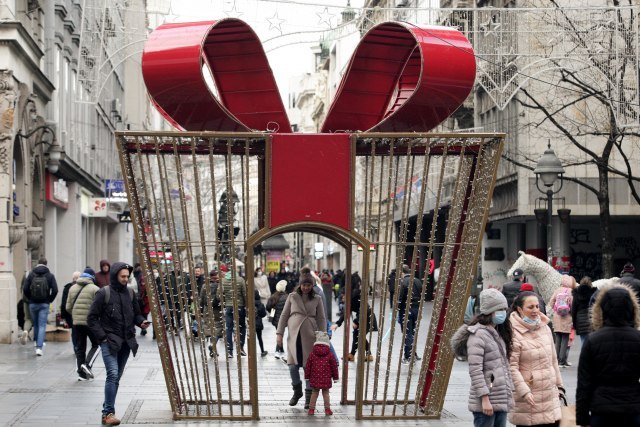 While Serbia is waiting for the Government's decision, many are planning a New Year's Eve. Epidemiologists warn that this would flood hospitals, Deutsche Welle writes.

At the sessions of the Crisis Staff, New Year's Eve has been talked about for days, but the final decision is still pending. According to the latest announcement by Prime Minister Ana Brnabic, the decision will be announced on Tuesday (December 29th), just two days before the celebration.

Meanwhile, footage of illegal parties is "blooming" on social networks.

Marko (real name known to the editorial office) and his company are following what the Government will decide, but they have already decided: they rented an apartment for a party on New Year's Eve. "We are the final year of high school. This is the last New Year we will spend together, and we planned to travel somewhere earlier," Marko told DW.

"We haven't hung out like before for a long time, but we are divided into groups for fear of the virus. So we made the decision to find an apartment through the Booking portal for that night, which was not easy either, but a lot of them were issued. There won't be many of us. but at least a few of us will be together that night", he says, adding that some of his friends are still waiting for their parents to allow them to celebrate.

That is how Marko and his friends will enter the gray zone. Namely, if the Government does not drastically change something, organized gatherings of more than five people will remain banned. While it is not clear whether this applies to its own four walls, renting an apartment for a party could be considered a misdemeanor.

A 20-year-old girl from Belgrade will gather friends at home with her partner. She tells DW that only close people come to them. "We want to have fun and forget about the stress that has befallen us. We are following the measures, but I do not believe it will be tougher and it will certainly not change our plan. We do not believe anyone would report us, nor do we care about the arrival of the inspection."

She adds that there will be a total of ten friends and resonates like this: she sees these people every day, so if one of them had been infected, then she would have been infected already.

Epidemiologist Predrag Kon said over the weekend that the "medical part" of the Crisis Staff was ready to protest in case the easing of measures was prolonged, and that he was against organized New Year's Eve. "Celebrating with singing is completely unacceptable and should not be allowed in any way," Kon said.

Another member of the Crisis Staff, epidemiologist Branislav Tiodorovic, agrees. He told DW that the New Year's celebration we are used to "brings a lot of problems, even a new wave" of the epidemic, and that "catering facilities must remain on what it is now".

And now the catering facilities are allowed to work until 8 pm without music, so it is not difficult to conclude that New Year's Eve in them is impossible. Because, even in the year of the coronavirus, the New Year still begins only a moment after midnight.

"If it is in family conditions, in smaller groups, in households, why not," Tiodorović told DW about the possibilities of throwing party on New Year's Eve. "It can also be done in hotels if the measures and the working hours of the hotel are respected, as well as respecting the distance, wearing masks indoors. That can possibly get some support."

Tiodorović says that he is aware that parties are organized in some places even now. "However, I am now aware of something else: that all bodies of supervision and control are now much more ready than before and that they will react accordingly."