The fact that the vaccines have arrived in our country is great news, Dr Predrag Kon said for TV Prva. 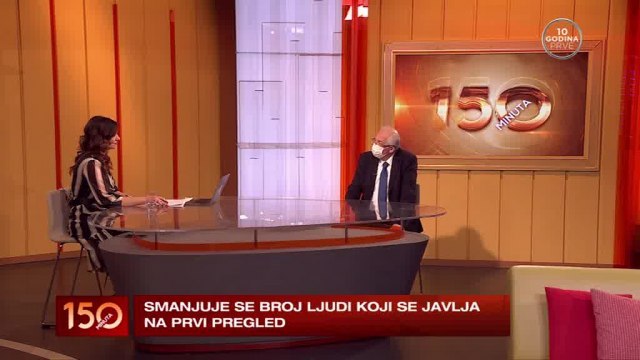 "According to the plan that has been made, the most endangered are clearly defined - they are health workers, then all those who are employed in nursing homes, and then the users of nursing homes themselves," Kon said.

He said that now there is a coordination team for immunization.

"It is clear in detail what the priority is. Now the distribution and use of these vaccines should be agreed in detail. That will require good harmonization of everyone. The vaccine is binding for everyone who works with patients, especially with non-COVID," Kon said.

He says that there was a dilemma whether the Crisis Staff should have been vaccinated first. "I am ready, I think that would be a good message, but we will work according to the operational plan. The phases according to which they will be vaccinated have been determined, depending on the number of doses of vaccines," Kon emphasized. He says that the same plan existed when it came to swine flu, but that everything depends on the response.

"Over 20.000 is the amount approved, this is only the first contingent, this is so as far as this vaccine is concerned. The other contingents will follow after January, February."

"I listen to our eminent experts who are confused when it comes to the vaccine. It is not theirs or mine to talk about it. This country has a regulatory body, and that is ALIMS (Medicines and Medical Devices Agency of Serbia) and no one else. Whatever vaccine gets their certificate - I will receive it." Kon said.

He says that even if 20% of the population receives the vaccine, it is enough for collective immunity. As for the other vaccines, Chinese and Russian, he says he would choose any that is offered. "There are a lot of experts who talk about what comes to their mind. If I talked about what came to my mind like that, everyone would listen to me and I would be very interesting. But this is a safety related issue," Kon emphasized.

What about the measures?

"I have to say that the medical part of the Crisis Staff did not support the easing of measures. There are other arguments, for example from the Chamber of Commerce and the City of Belgrade, that prevailed. When I hear their arguments, I get chills. The same as they get chills when they hear about the occupancy of hospitals capacities", Kon said.

When it comes to the New Year, he says that it is unrealistic for someone to think that in this situation they can celebrate as in previous years.

"Those who reserve their places for celebrating New Year in a club or restaurant, close their eyes to reality. It's not realistic - I can't say anything more. It's important to hear diverse opinions at the Crisis Staff. I don't know who will defend the opinion that the New Year can be celebrated normally.

When it comes to opening the borders, he says that it was not possible earlier for political reasons.

"Let someone else explain that," Kon said, stating that they understand the state bodies that refer to the fact that a balance is needed.

"I appeal to come up with non-medical arguments as well," he emphasized. He added that he speaks up regularly, clearly stating what he thinks everywhere, and that he thinks that the members of the Crisis Staff respect and listen to each other.

"I think it is very important to explain that economic part as well", he concluded.